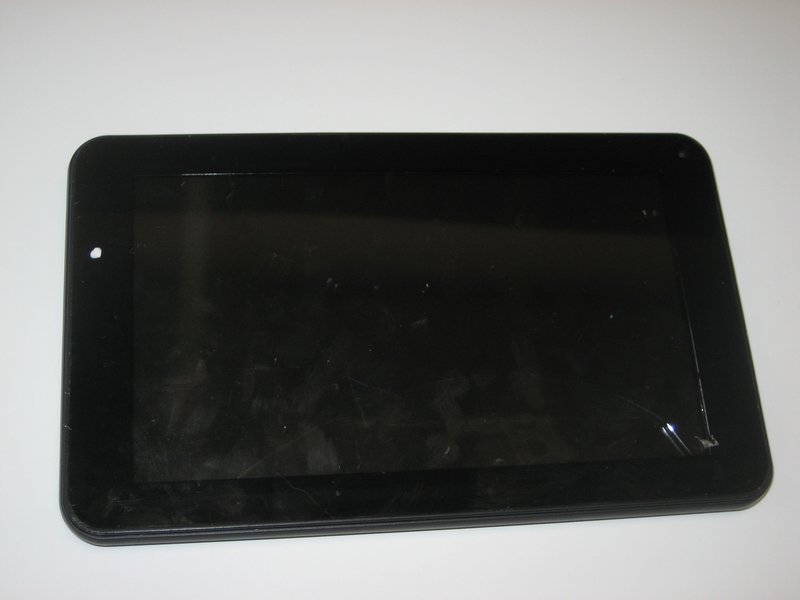 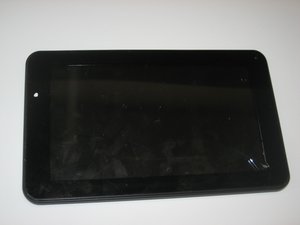 My Tablet Won't Turn On

No matter how hard you try, the tablet won't turn on.

The batteries that come with this tablet aren't exactly known for their long lifespans. If you've plugged in your tablet to a charger and it still won't turn on, the battery may need to be replaced.

If the tablet's lights turn on when you attempt to turn it on, but the screen doesn't turn on with it, you may need to replace the LCD Display.

Your tablet is definitely turning on, but just won't respond to anything you do. Or maybe it gives you a serious message when you start it up. What do you do?

If issues like this occur to you on every start up, it may be time to replace the motherboard on your tablet.

Firstly, to get your device to respond again after it has frozen, use an unbent paperclip to press the reset button on the back of the device. This should restart it safely so that you can go about trying to fix the problem.

If the problems are occurring when you try to use a specific program, try uninstalling and reinstalling that particular program. If it keeps happening, try to avoid using that program or looking for something with a similar feature to use as a replacement.

My Touch Screen is Acting Strange

Are your icons not working even though you swear you're clicking them just right? We may be able to help.

Protective Film on the Touchscreen Surface

Go into your device's settings and find a touchscreen calibration option. Run the calibration and the device should more accurately be able to read your presses.

Just to be safe, restart the tablet to clear any temporary software bugs. In the event that the tablet won't turn on or off normally, you can do this by using an unbent paperclip to press the reset button on the back of the tablet. Sometimes the best way to fix a problem is turning it off and on again!

Your tablet turns on and appears to work, but when you play your favorite song, the audio doesn't play properly.

First, check the audio jack for dirt or grime. If there is noticeable buildup on the inside, clean it out by dipping a Q-tip in some Isopropyl Alcohol and rubbing it inside the jack.

Pictures come out fuzzy? Can't get the camera to zoom? Camera not working at all? We've got you covered.

Make sure that there's no film or plastic on the lens of the camera - this could make pictures come out blurry or in poor quality. If there is something on it, take it off and see how it looks now!

Bad Cable Connection to the Motherboard

If your camera has stopped working altogether or only works some of the time, it may have a bad connection inside the device. We have some great guides, though, to help you check the connection or to replace it.

Smudges or Fingerprints on the Lens

If your pictures are blurry or smudged, you may just have a dirty lens. Get a cleaning cloth and simply clean off the camera's lens. If the pictures are still blurry after you've cleaned it, it may be a different issue.

where is the zoom button for the camera?

It's not a button but, a gesture, there are two gestures to zoom. The natrual zoom is to put two fingers on the screen and slide outwards, it will zoom the camera capture up to x2.0. The other gesture is to tap on the screen three times where you want to zoom. The speed can be changed, or the zoom can be disabled. This is a forced zoom, it will produce an orange outline on your screen, it does not effect the camera's capture.

How the heck do you reverse the camera? !

there is only a front facing camera.