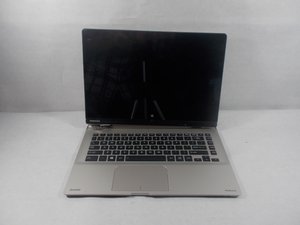 This tablet was released in September of 2014. It is identified by the model number PSDM2U-007008. 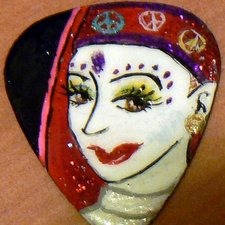 I am the original owner of this Toshiba and it has traveled around the world with me. As the LCD touch panel became problematic, exhibiting "false touch" and appearing as though it was somehow compromised as the display appeared like one with a huge crack would appear. This lead me to simply use the HDMI port and use an external monitor, while also disabling the touch mouse, allowing me to regain operation of the machine.

Fast forward to July 2022 ~ a year after disabling the touch pad and using external HDMI, and a few years after dealing with the false touch issue, the display one weekend, had this incredibly sticky clear mucus like substance all along the connecting path for the display to the keyboard. (this is where the latch and electrical connections are for separating the touch panel from the keyboard piece.

I am very certain this large amount of sticky ooze is from the LCD panel. It is absolutely EVERYWHERE. My question is, what is the best method to remove this substance?

As this is still a very useful machine, I have already ordered a new touch panel & video cable. The existing cable is probably electrically fine, except for the edge connector being covered in the sticky goop.

Any ideas on what this is, though again I am certain it is from the display, AND how to clean this mess, would be greatly appreciated.

It was great to find this machine on ifixit. As a result, I have joined the site and hope to use it as a greater reference.

@tpcirillo that is strange since there really shouldn't be anything that oozes, coming out. Post some good images of what this looks like etc. with your QUESTION. Let's see what you got going on here. Voeg afbeeldingen toe aan een bestaande vraag

If it is indeed coming from your panel, you do want to remove that pretty quick and consider it toxic. Treat it as such. Clean the residue with a high grade (+90%) isopropyl alcohol and a brush. Use some gloves and a mask while cleaning it. After that, replace your LCD panel and your touchscreen and you should be good to go. Toshiba Satellite Click 2 L35W-B3204 Screen Replacement

I certainly had thought to take photos of the clear sticky goop. Most has been removed already, so getting photos is moot now. I may be able to find a location on the old removed display where I have not cleaned yet. I do have and have used gloves during this process. My workspace is well ventilated. (not my first rodeo) This is my first encounter with a substance I would never think to find in a machine. Thank you again. TC

UPDATE: This has been a few weeks coming and not really that exciting as of yet. I purchased a replacement display panel and cable. The cable replacement was purchased because of how utterly covered the panel end of the cable had become. Having read some interesting thoughts and ideas about how to clean the sticky material from the inner shell, I took to removing the components that sat along that lower edge of the case and used alcohol on Q-Tips to dissolve and absorb as much as possible. The issue / difficulty being that some items are securely taped or seemingly glued to the inner shell. I had wanted to remove everything and simply have it soak in a vat, but had to settle for the Q-Tip solution.

The newly purchased panel did not also include a bezel and my hopes were to somehow free the bad display from the bezel and mount it to the new display.. There are not any instructions, no does it seem clear by close inspection on how to do that. (Thoughts would be appreciated. Anyone who follows DIY Perks online might have seen his video of making a display from a touch panel. I am hoping I can find some manner to either lift the bezel and apply it to the new panel, or make a new enclosure for the touch panel, with extended wire to connect it back to the system board. (fingers cross with either decision.)