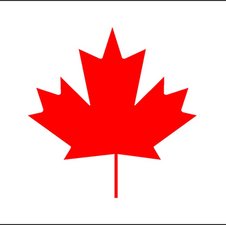 Restarts every 3 minutes because of thermalmonitord

This phone has had the screen and housing replaced, people on reddit suggested changing the battery but that didn’t fix it, thinking of changing the lightning port flex cable. any idea about where exactly is the “Prs0“ sensor?

Thank you, any help is greatly appreciated.

The dock flex cable needs to be replaced. The cable must be original!

I have an A1901 iPhone X 256 which had a swollen battery. It was working fine, then I took it to the Apple Store and they screwed it up. They replaced the battery but now the phone only stays on for a few minutes and goes to the white apple logo. It does this repeatedly. I was able to incrementally recover images using a fresh Photos library then importing photos from the connected device 3 minutes at a time. 4000+ images! 24GB! I have not been able to find another suitable conduit utility to retrieve other information. They spend too much time analyzing then the phone times out and restarts. We have no back up otherwise and remembering or resetting every password on the new phone setup is aggravating. Again, other than the battery, there was nothing wrong before Apple broke the device. While Apple is willing to swap phones, we don't want to let the data go until we try everything.

The way you can check if it's the sensor it's looking for is look at the error log on the phone or keep locking and unlocking the phone. If the phone doesn't reboot it's because the generic charger port don't have a thermalmoniord sensor on it.

Thanks for that info Albert.

But this problem is with the genuine apple flex cable that came with this iphone.

@jawad_ Much like the other iPhone models, updating the apps and iOS on your iPhone often fixes a restart problem. If the problem happens to be with a more recent update, hook up to your iTunes store and restore your iPhone to a previous backup.

prso is a pressure sensor usually on the charging flex

Hello, can you tell where this sensor/chip located in iPhone x charging port? Is it microphone?

Hello, can you tell where this sensor/chip located in iPhone x charging port? Is it microphone?

Again, Apple took a working phone in for repair. They tore out the old bloated battery and damaged the charging flex cable.

After their “repair” the phone would not stay on longer than 3 minutes. Having broken the phone, they assumed they were going to replace the phone and only pieced it back together leaving many screws, shields and disconnected ports. They quoted me the Data Backup Clause repeatedly. They said that they don’t fix bloated battery phones. However, it’s exactly what they did. In ripping the adhesive away, it appears the charge flex cable was damaged. I got the phone back missing motherboard connection plate screws, and a variety of other missing screws including both pentalobe case screws. There was no way to make a backup to secure my data.

Once I learned about the probable charging flex cable error, I was able to retrieve the Diagnostic log on the phone which indicated the “thermalmonitord was not seen”. Putting @teetopp’s thoughts into action, I ordered a new charging flex cable ASIN B07WNCS21N kit, re-opened the phone, disconnected the old flex cable and patched in a new one with the case open to confirm this would fix the problem.

The phone powered up and stayed on reliably plugged into a charge cable and on battery power. Since that worked, I successfully backed up my data to both the Cloud and to a local computer. Data completely saved!

For over $500 less than datasaver’s, I just used the cable outside the case plugged in to the motherboard. After wiping the phone, I returned it to Apple in their repair box for a replacement iPhone X. Though I won’t have an M product number phone anymore, I’ll have a reconditioned model with a warranty. I’ll be able to sell it or hand it down to my kids.

While all this was going on my wife needed a phone— when this is all completed, I can simply setup the new phone. What a PITA but a good learning experience. Don’t EVER take your phone that’s not backed up to Apple. It’s their first go-to solution. In most cases, they’re business model is just replacing the device rather than fixing it.

Given the number of missing parts, I decided to just let them replace the phone rather than using my new kit to fix mine. Thankful again to those here at iFixit.

Hi. Please tell me where you ordered the new charging flex cable. I have same error/