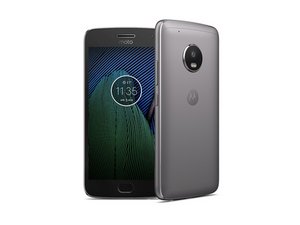 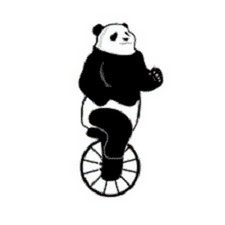 Why is my touchscreen not working?

There's a lot of things that could be happening in this kind of situation. Here's a trick if it's a software issue. If it's a hardware, then you're gonna have to get that screen replaced.

Firstoff, power off your phone. Then hold down your power and volume down key.

In a moment, you will see a dead android on his back, accompanied with some menu options. Use the volume keys to navigate, and the power key to select. Select Recovery Mode.

From there, select Wipe Cache.

After that, select reboot/restart, and your device will restart normally. Hopefully, it'll work.

No, the touch screen is still unresponsive

This would appear to have bricked my phone - DO NOT TRY THIS.

I now have a dead android above the words "No command" and screen, buttons, everything is unresponsive.

At the "no command" screen hold power and briefly press volume up.

The dead android, as stated above, is normal for any android device going into recovery mode

it isn't working and after doing this procedure once when i try to do it again my phone is rebooting... i've force rebooted tons of times.. it still ain't working

how exactly does one go to settings if the touchscreen does not work?

you plug a mouse into the power port. The USB C adapter can be purchased through Amazon.

Man that defeats the purpose, by the time u buy cable or whatnot you could have bought a different phone. What worked for me is massaging both the screen+ back with a soft piece of cloth. Sometimes this will fix before doing other drastic steps.

Hi sir, Did you drop your phone before? If yes, the touch screen flex cable maybe loosen, then you can try open it and reconnect it. Here is a link for tear down Moto G5 Plus, which shows you how to open it. And also, here is a link of OEM LCD Screen for G5 Plus.

If your Motorola G5 Plus doesn’t respond when you touch it then you need to reset it. I had this problem and that’s how i found this question. I tried doing everything i could at home like spamming the screen, knocking on it see if it answered, and i even tried to drop it again. All i had to do was hold the power button for a while or hold it then press it over and over but all i saw was that it reset and then i could touch my screen again.

Ok but if u reset it isn't it like a factory reset where you lose all apps pics etc that you have put on phone and all features are reset to be like when you first purchased it?

If restarting it doesn't work the screen may be dirty. To fix this you'll need to clean the screen with a clean slightly damp cloth.

If you have a screen cover try removing it and then restarting the phone. You may have to force a restart.

Also make sure that your hands are dry and clean. If you're using a stylus make sure the tip is clean. I usually wipe mine with an alcohol wipe.

Today I am updating my mobile after then my mobile touch screen not working. model Moto g5s

I have the same issue but it does not happen all the time. However, it is becoming more frequent. I am going to try all the solutions listed above (other than the ones I have already tried). In the meantime, if anyone has found a new answer please add to this thread as I will check back periodically if the problem persists. Thank you.

Don’t know if this helps or not, but I’m having this issue with my moto g7. It some times goes dead to touch on the right side of the screen. I did get it working again though and started playing one of my apps. This app shows where you are touching the screen and I noticed that while playing the app the whole right side of my screen would light up as if my finger was touching every part of that screen. It seemed to be right on the edge when I had put my screen protector glass.

So, now for some outlandish guesses. It might be that the screen is not working since it thinks that every point on the right side is being touched all at once. Phones are programmed to ignore several touches all at the same time in larger area thinking that the person has put their hand on the side or that it is in a pocket. So, when you go to touch that side of the phone it’s just one more touch that is to be ignored. Second, since the touches were happening on the edge of my screen protector it could be that some sort of substance (oils, dirt, etc.) that just happened to be able to react with the screen was trapped along that side. After cleaning that side I haven’t had anymore troubles but now my screen protector has little air bubbles on the side of it so I’ll probably have to replace it.

As for the way I got it working again, I used the power volume down button options but instead of recovery mode I used factory mode. I figured since I couldn’t even enter my pass code to get in I might as well reset my phone. I was pleasantly surprised that it only reset to factory settings and didn’t erase any of my stuff or even my pass code.

Found the answer to my Moto G7’s problem of the right side not responding. While watching a video of how to repair the screen I noticed that the connector for the screen to the phone was in the middle right hand side of the phone. I decided to see if the connector was not connected right so I applied pressure on the area of the screen where the connector is. My phone’s right side touch screen ability immediately began to work again.

Conclusion, my screen has a poor/loose physical connection to the phone. since I have never replaced the screen this must be a manufacture defect. Also, if it happens with a new phone, if you replace the screen, make sure the connection is in secure since it seems Moto’s have temperamental connectors.

reboot your phone and try again

if the same problem comes then you should change your touchpad

On the G5 Plus, the firmware of the device itself along with the firmware in the IC chip built into the screen’s flex cable have to match/sync. So you’ll likely have no touch response after installing a new screen. You have to navigate to recovery mode, factory reset the device and it’ll sync the new screen and restore touch functionality. Repair at your own risk!

My wife Moto e5 touch screen stop responding from a few drops of water from her wet hands. I wiled off the drops, and after using her hair blow dryer (on hot, high setting) for a couple of minutes ( to heat dry the area in contact with the water) the touch screen was responding again. Issue solved. The phone is not moisture proof.

My lower touch is not working properly.

My moto g5 plus display is not working only on the lower parts of the display where the back and home button can be seen.I have performed soft factory reset but no solution.Do I have to change the display?

But this was after about reboots previously did nothing,

Hope this helps someone.

My display is not responding to touch.

I had this happen before and after some weeks it just worked again until last month. Then after a couple of days it worked again. And now it doesn't. So is it the connector or what?

In Settings, select Update & security , then Windows Update , and then select the Check for updates button. Install any available updates and restart your PC if required.

If you didn’t have any updates that required a restart, it’s still a good idea to restart your device to make sure any pending updates are installed.

Hi I just got this Motorola g5 2 mounth ago and know the thought is not working vary good, some times it works good and some time it doesn't, so what I. The ---- is going on,. And it is getting wears. Jamy