Is this the real life? Is this just fantasy? Caught in an HTC Vive—join us as we escape into virtual reality. Excuse us for being a little rhapsodic, we just really like VR technology. Which means it’s our lucky day: Hot on the heels of the Oculus Rift launch, HTC answers back with their first-gen VR headset, the Vive.

We see your Vive, HTC—and we raise you a teardown!

The construction of the Vive reminded us a lot of the Oculus dev kits—straightforward construction, easy to take apart. (It’ll be interesting to see if subsequent versions of the Vive follow in the footsteps of the now much-sleeker Oculus Rift.) Where the Vive really shines, though, is in its controllers—which feel highly influenced by Valve’s Steam controller and incorporate the same sensor technology as the headset.

• The head tracking system in the Vive is the exact opposite of the system we found in the Oculus Rift. The Rift uses a desk-mounted camera to track the IR emitters in the headset, whereas the Vive headset sees light from the mounted IR emitters without actually “tracking” its location.

• Holy sensors, Batman! The Vive’s got more sensors than you can shake a stick at: 32 individually numbered sensors on the headset and 24 on each controller.

• Unlike the hybrid lenses we encountered in the Oculus Rift, the Vive’s lenses appear to have a uniform contour. It seems that HTC opted to control focus through adjustment of the eye relief (lens-to-eye distance). 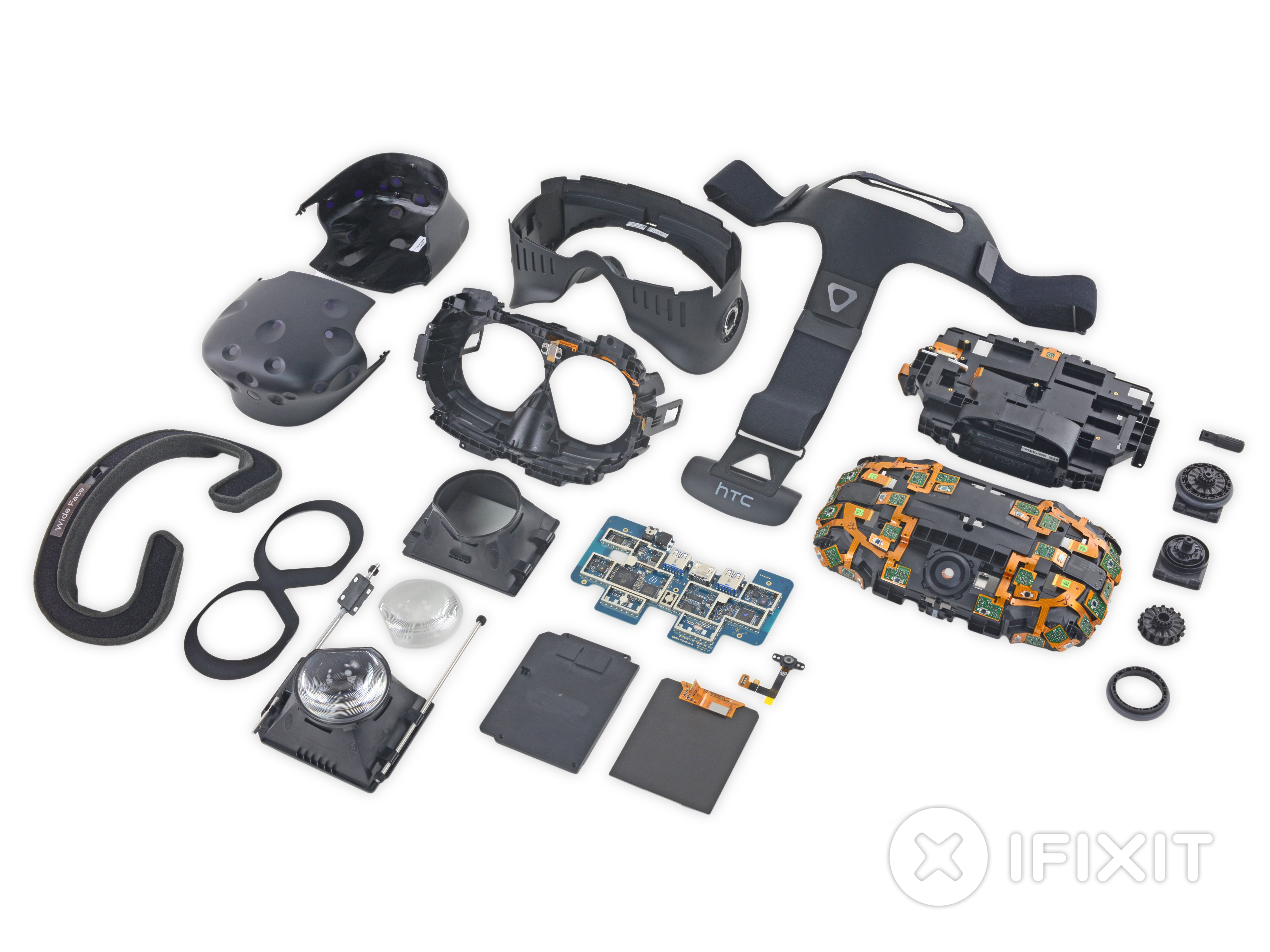 Want more virtual reality in your real-life reality? Check out our full teardown, complete with step-by-step disassembly images and analysis, on iFixit.com.