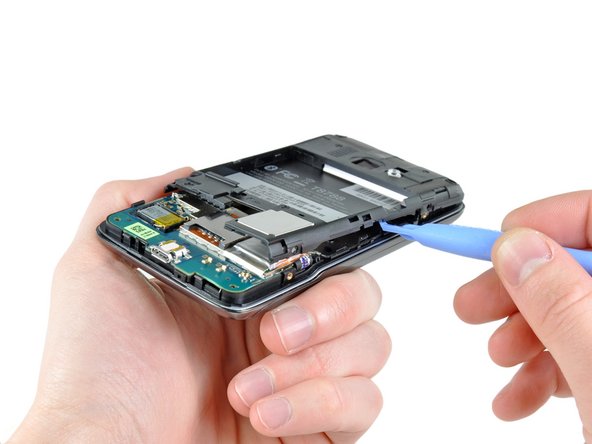 We started off the new year by doing a “something completely different” teardown — a Windows 7 phone! At least, that’s what we thought initially.

As it turns out, we’ve already seen a lot of this hardware in the Nexus One. In fact, five of the major chip packages on the Surround’s motherboard are identical to the Nexus One, and the sixth (Samsung NAND+SDRAM) appears to be just a revised chip found in Uncle Nexus. Hey if it ain’t broke, why fix it?

We gave the HTC Surround a mid-pack repairability score of 5 out of 10. It’s relatively easy to remove the rear case to replace the battery, but that’s where the fun stops. You’ll have to void your warranty to take anything else out, and it’s very difficult to access the front panel and LCD if you’d like to replace it.

The Nexus One — err, the HTC Surround — is a very solid, capable phone that will undoubtedly please its users. Still, we’re a bit underwhelmed that HTC chose to put year-old hardware in it, especially since dual-core phones are coming right around the corner.