We managed to snag an HTC Evo 4G before it went on sale to the general public. In true teardown fashion, we turned it on, played with the gorgeous screen for 5 minutes, and immediately relegated it to the carving table. Our friends at Wired were nice enough to record our disassembly for the world to see:

The Evo 4G was wonderfully easy to take apart, which should make servicing/repairing the phone very easy. Even so, HTC managed to avoid “ghastly” visible screws by using a removable back panel. Once the panel was removed, we were able to access the six T5 Torx screws and underlying components using a bit of care and precision. 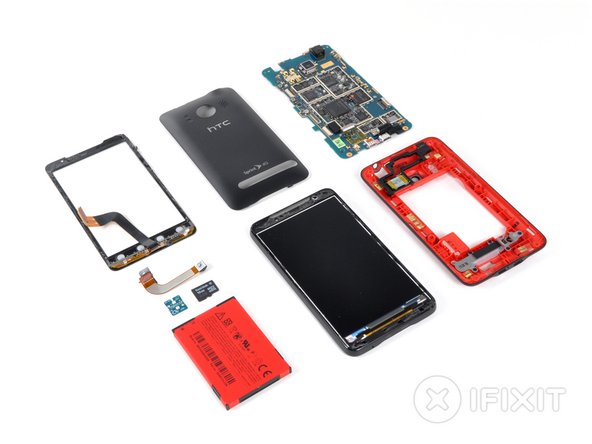