Earlier in the day, we escaped the Apple Store hoosegow with nary a scratch, but with two phones in hand: the iPhone 6 and the iPhone 6 Plus. We chose the 6 Plus to bear the brunt of our spudgers first, so let’s talk about what we found inside.

Apple has completely redesigned how the home button connects to the main board. Gone is the awkwardly short and fragile cable of the iPhone 5s days. Instead, Apple has made the effort to run the home button cable all the way to the opposite end of the phone. We’re quite happy to see this improvement! We can’t think of a reason to extend the cable this way except to improve repairability. Thank you, Apple.

After all was said, done, and dismantled, the iPhone 6 Plus earned a very respectable 7 out of 10 repairability score. 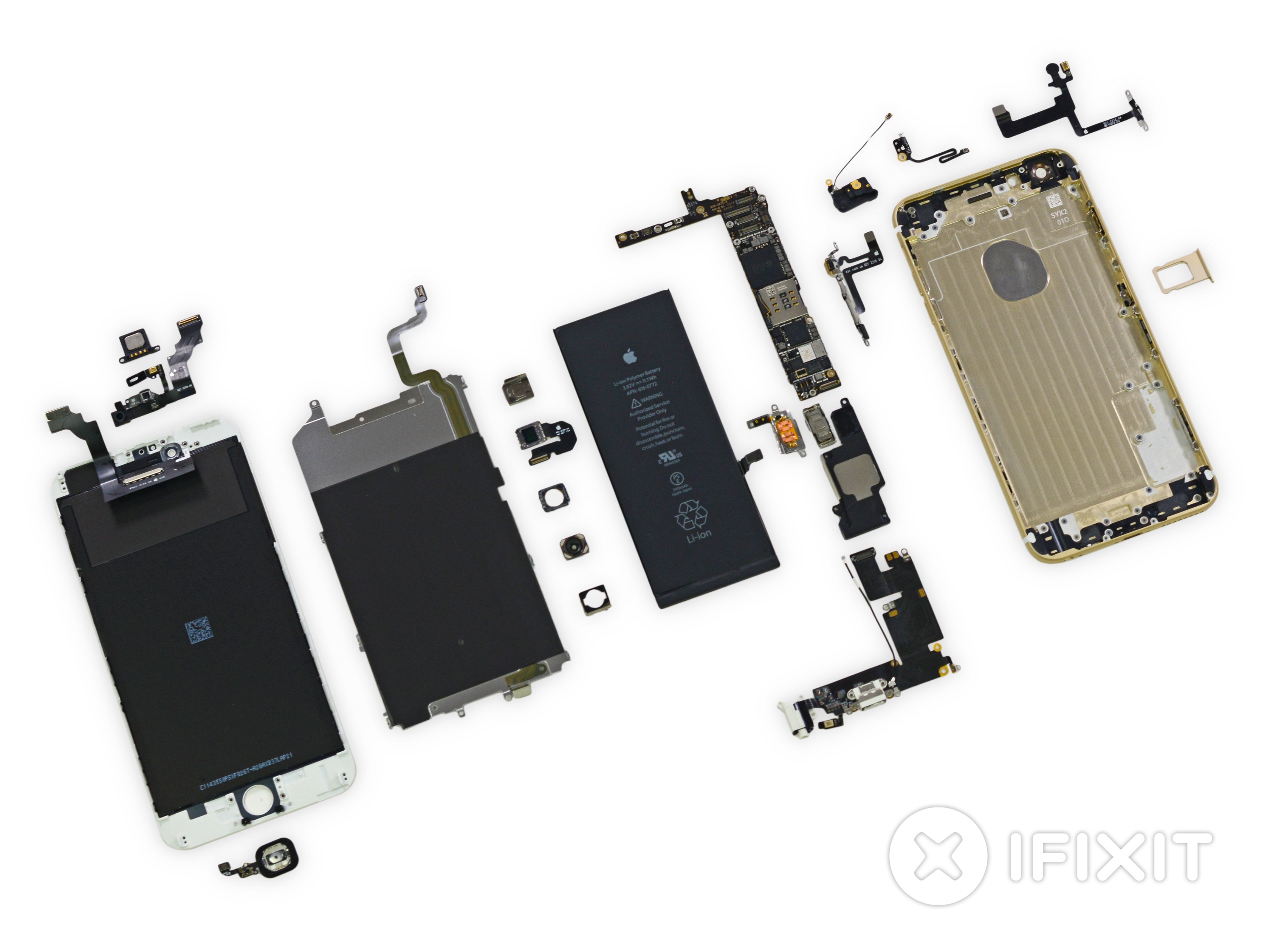 • It seems Apple is reluctant to switch from Pentalobe screws to good ol’ regular Phillips screws. Luckily, we brought our Pro Tech Screwdriver Set to remove those pesky Pentalobe screws. While proprietary screws are not our favorite, we are happy that we don’t have to go straight to heat.

• After saying the magic words, the 43 gram battery mystically lifts off the rear case enclosure. In line with rumors, the battery is rated at 3.82 V and 11.1 Wh of energy, for a total of 2915 mAh—nearly double the capacity of the 1560 mAh unit in the iPhone 5s, and slightly larger than the 2800 mAh burner in the Galaxy S5. The battery is also larger than the standard iPhone 6’s 6.91 Wh, 1810 mAh battery—which explains the longer life, despite the much larger screen.

• The back of the iSight camera is labeled DNL432 70566F MKLAB. Phase-detection autofocus has been around for awhile in DSLRs, but is relatively new to smartphones. However, the iPhone 6 and 6 Plus aren’t the first to feature it — the Samsung Galaxy S5 had it first.

• The key feature differentiating this camera from that of the standard iPhone 6 is optical image stabilization—a technology we’ve seen before. The lens element on the left is nested into a tiny metal cage, nudged to and fro by the electromagnetic coils surrounding the sensor on the right. 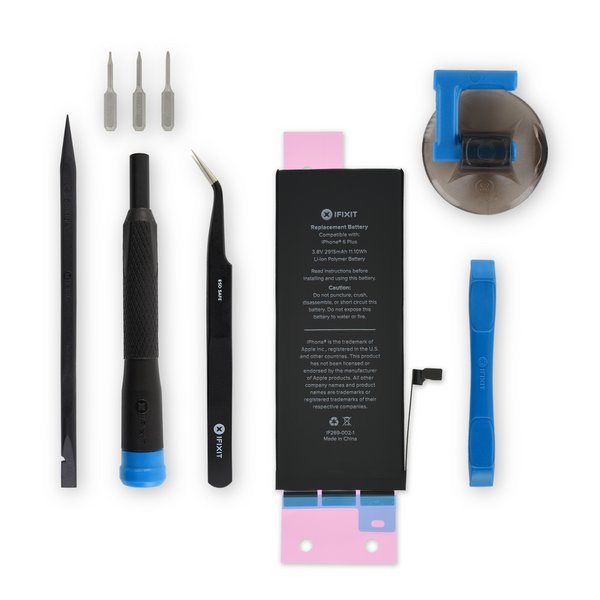 Replace a dead or dying battery in your iPhone.

• We’re button-pushers around here, so we took particular interest in this fancy new rubber gasket surrounding the power button. Similar gaskets surround the volume buttons. This seems to represent a move toward increased water/dust resistance, and therefore improved durability. 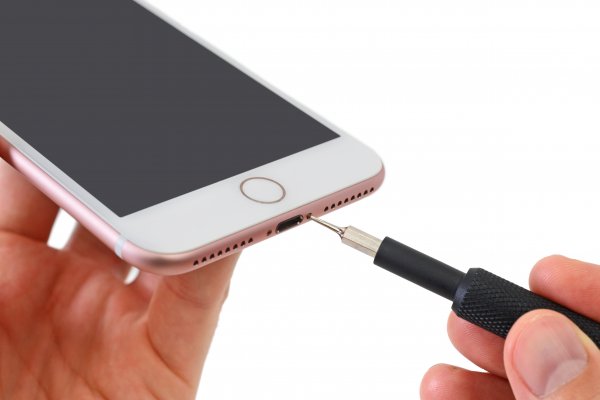 iPhone 7 Plus Hits the Teardown Table