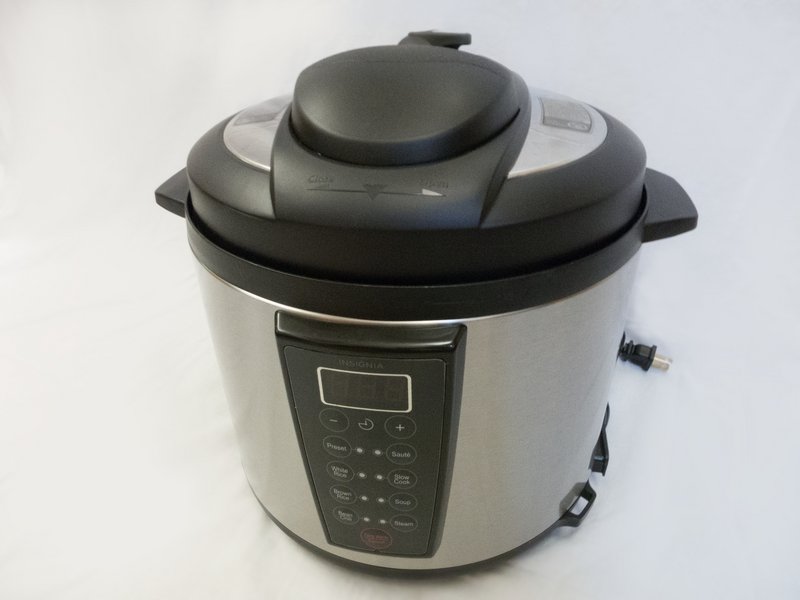 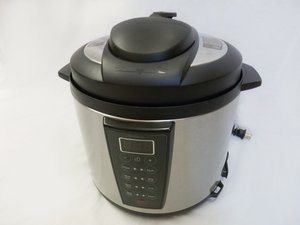 This pressure cooker, produced by Insignia and distributed by Best Buy between 2016 and 2017, can be identified by the model number NS-PC6SS7. Not to be confused with its successor of the same name with model number NS-MC60SS8. 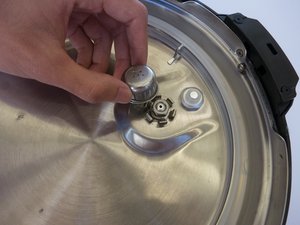 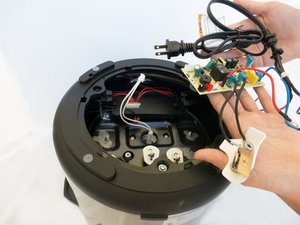 Circuit Board and Power Cord 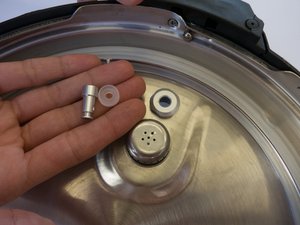 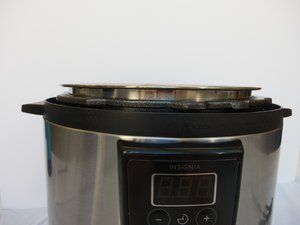 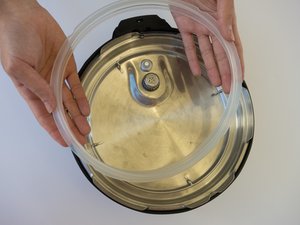 The Insignia 6-quart pressure cooker is used to cook food rapidly by sealing in steam, while keeping food flavorful. Due to its 6-quart capacity, this model can make large meals. It also features a “keep-warm” function enabling food to be made before it is planned to be served. The control panel has a timer and cooking settings for different types of foods, such as, white rice, brown rice, soup, slow cook, and saute. This model comes with a 3.3 foot cord that is replaceable, a rice spoon, a soup spoon, and a measuring cup. It was released in 2016 and later discontinued. This model is identified by its model number NS-PC6SS7, which can be found on the a label on the lower back side of the cooker exterior. This version has 8 black preset buttons, arranged in two rows, unlike newer Insignia pressure cooker models which have black buttons bordered by two rows of silver buttons.