iSight Camera cable has a few wires that are broken/ stretched off the male connector that plugs onto the logic board. 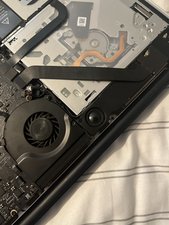 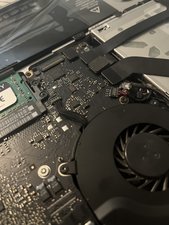 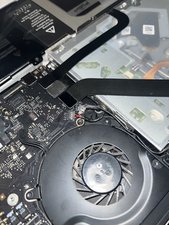 I can remove the male connector out of the female socket but most likely I will rip the wires. I was thinking off the following

I don’t want to take the lcd apart to install the whole cable. The camera worked fine until I put on new thermal paste and during that process the cable got ripped.

I think you’ll end up with a bigger mess than fixing this correctly!

Replacing the cable is not hard in this series. It’s one of the easier ones to replace!

If you are really fixated on not popping off the cover glass to get to the cable, then just get a replacement cable and cut the end off, splicing the connections more cleanly than at the tight endpoint.

It just seems stupid that splicing and connecting the same gauge wires or cables is so difficult. There has to be a standard connector/crimper that could perform this function.

I do have a few questions for you-

1. The link for the iSight cable you mention has Bluetooth/airport in it. My Bluetooth is working just fine. Is there just one cable that provides connections for Bluetooth, camera and airport or is it that the same cable is used these functionalities separately or together depending on your Mac series.

2. Would you happen to know the gauge of the wires inside this cable? It may help trying to figure out what supplies I might need for splicing/ soldering or crimping.

Did you select the correct system? Double check by plugging in the S/N here EveryMac - Lookup

Some models have WiFi/Bluetooth board located in a different connection and only the antenna wires go to the lid.