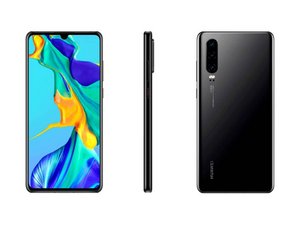 I have a P30 Lite 10 days ago I dropped my phone and the screen was broken, almost nothing could be seen and touchscreen didn’t work that well.

Someone replaced my broke screen, and after the replacement wifi and bluetooth have weak connection. It does not connect at my living room and bedroom, where it connected before the repair.

I tried factory reset, restarting the wifi router and nothing works.

Hi, I have the same problem, is it the withe or the black antenna ?

Try using the phone’s WiFi as close as possible to the router to see if it works OK.

If so then there is an antenna problem. The WiFi and the BT use the same antenna as they both work on the 2.4GHz band.

The phone will have to be opened and checked that the antenna has been reconnected properly.

Here’s an image taken from a teardown video of the phone that shows the antenna cable and connection in the phone. 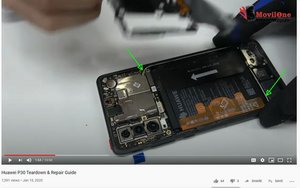 If you paid for the screen repair take it back to the repairer and tell them about the problem, as they didn’t test the phone properly after it was fixed.

Actually, being 2 feet from the router is fine, problem is when I go to the room next to it, is starts to lose signal range. Tomorrow I'll take it. Thank you very much!

Have you found any solution? I got the same issue with a P30 Pro.