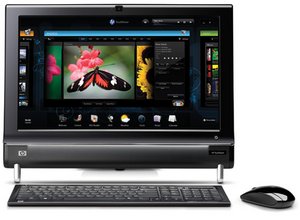 The problem is this was released when most of the HP wireless cards were using Ralink chipsets outside of a few business models and consumer laptops with the option to upgrade to Intel wireless or came with it standard - I believe this is one of the Ralink only systems since it’s from 2009 and 2 years younger then the 2011 buyout. Refer to this guide to change the card - yes, you really need to remove the heatsink to get to this one so buy some thermal paste before opening it and clean the dust while you’re there.

If it’s a Realtek card (RTL), these aren’t much better then the Ralink cards (RT) in regards to some of the old ones in regards to getting a vendor supplied driver update. You’ll just have to hope you have a modern enough chipset to get more current drivers for it and if not, it has to be replaced.

Ralink was bought out by Mediatek in ~2011, so there have been no new drivers for *years* - you need to replace these Ralink cards now if you have any compatibility issues. This is far worse on the laptops because HP has a WL, so you need the service manual and the HP Part# to find a replacement card. The desktops don’t have one as far as I know, so any open market card is fair game as long as it’s half height - I know the IQ506 I did the Ralink card swap on didn’t and I was able to put an ath9k card in - although I don’t think anyone buying new should seek out one as many of them lack 5G support. Find an Intel 7260 802.11ac or ath10k card if you have a doomed Ralink/Realtek.

if you didn’t change the network card, Restore the computer to an Earlier Date will fix the problem.