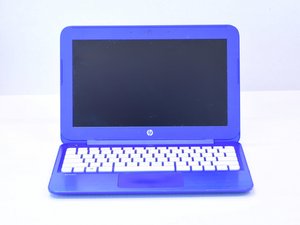 Budget laptop released by Hewlett-Packard in 2015.

Can I add more memory to my HP Stream 11-r010nr notebook?

The SSD is soldered as it is eMMC. The RAM is also soldered and most of these only include 2GB of RAM. You can get 4GB, but only on the Stream 13 - which is more expensive.

The problem with these systems is it’s part of the Windows 8.1 with Bing licensing requirements - you can’t have more then 32GB of storage and 4GB of RAM - most only include 2GB of RAM to be safe with Microsoft. Technically any type of storage will work as long as the storage requirements are met. However, eMMC is popular due to cost since these are disposable devices despite being able to use M.2 2242 SATA III SSDs from enterprise Chromebooks with modular storage. Part of that is these are meant to compete with Chromebooks, which is why they impose such requirements - and also a not so subtle push to pay for OneDrive.

It reminds me of Office 2010 Starter which we all know worked to sell real licenses and wasn’t downloaded online for free by anyone who could get by. Right?

Due to the storage and RAM requirements which are special to these devices, they’re never upgradeable and are disposable after a few years. In the case of the HP Stream 11, they only installed 2GB to be safe and reduce their manufacturing cost - which makes it worse. Sadly, there is no upgrade path for any of these 8.1 with Bing systems.

Basically No It can't have anymore memory