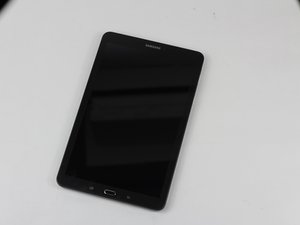 My husband just got this Samsung tablet sm-t377w. Used it for until the original charge plugged it in to recharge it now it wont turn on. For a while it just had the black screen with the Samsung logo got brighter then dimmed and repeated. I unplugged it tried to turn it on it started switching between the blue screen with the android symbol saying installing system update and the black screen that says Samsung galaxy tab e. I have tried holding the power button and volume down button, holding the power and volume up, holding the power volume and home button... wtf is wrong with this thing? I personally have all apple products so I don't know anything about Samsung or android.