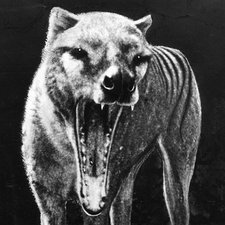 Will iPhone 8 screen be replaceable?

It is rumored that the next iPhone could eventually put thousands of 3rd party repair shops out of business by requiring software to complete a screen repair. While Apple is providing a few authorized retailers their calibration machine and required software, most repair shops will not have access to this. I guess we will know for sure in a few weeks but does anybody have any info on this?

Rumors indicate the company will introduce three new devices at the event: the iPhone 7S, iPhone 7S Plus and the so-called iPhone 8, which will be the 10th anniversary edition.

That's the word on the street. Apple wants it all. Total control. It's called the

Here's the info on it:

@kyle @danj @oldturkey03 @kaykay what we will need if for our parts supplier to find us knock of machines in China and replacement parts or we go out of business in the near future.

We have to get out from under Apples moves at every turn to produce proprietary products. They started with hard drives in 2009, went on to the Retina Displays, pentalobe screws, SSD sticks, glued in batteries, keyboards and anything they can find to cement their monopoly, control the market and now they want to totally control the repair business and pricing. They've pulled support for anything over 6 years old (legacy products).

Why is it that ONLY OWC carries compatible sticks and offers solutions for the iMac proprietary hard drives? I wonder just how much collusion there is between Apple and OWC? OWC sells those fixes for $40 for what should be a $15 part. There are no competitors (why)? https://eshop.macsales.com/item/OWC/DIDI...

The local AASP (in the Mall) average charge on a repair is 2 to 3 times what I charge in my town. When they drive us out of business they will be able to charge whatever they want.

It already takes class action law suits, that Apple holds up in courts, to admit to any manufacture errors. Even then, they are not required to notify the poor customers. They hold it up in court for three years then give a one year window, then close it out.

I have to tell my customer in the morning that his 2011 15" MacBook Pro with the GPU issue covered under one of these programs is now faced with buying a new logic board or a major rework and replacement of that GPU, because this program has expired on his machine:

"Those who do not remember the past are condemned to repeat it." - George Santayana

In 1870, he established Standard Oil, which by the early 1880s controlled some 90 percent of U.S. refineries and pipelines. Critics accused Rockefeller of engaging in unethical practices, such as predatory pricing and colluding with railroads to eliminate his competitors, in order to gain a monopoly in the industry.

@theimedic Thanks for the phone call. This is the machine I was talking about.

I don't actually know much about the Iphone 8 yet, but I do know IFixit will be one of the first people in line to get an Iphone 8 just like everyone else and will tear it down almost as soon as they get it. They don't get any products specifically sent to them to be torn down to avoid a rigged device that appears easier to fix than it actually is for an higher repairability score. Someone else on the team might have more information on it than I do as well.