MacBook Air not turning on

I was using it and it turned off on its own. When MagSafe charger is plugged in the cord LED is Orange but nothing else happens. Have tried to turn it back on but will not work, sometimes when the cable is plugged in it will go Green, then Orange a few seconds later.

I've tried a SMC reset and this didn't work, also tried unplugging the battery and this just makes the power LED Green but still won't work. 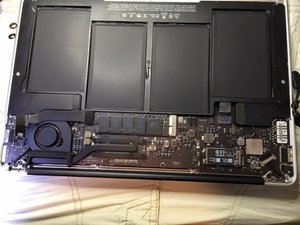 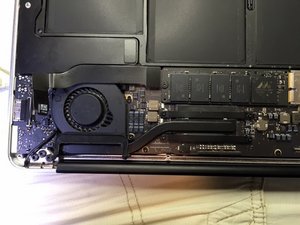 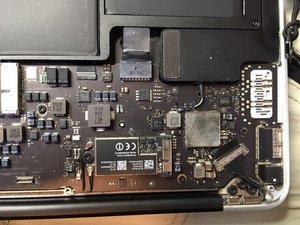 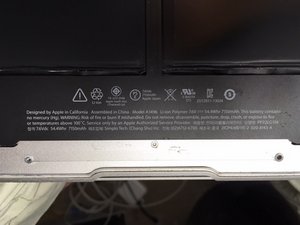 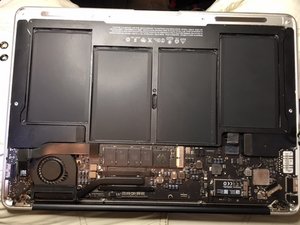 How about you plug in your systems serial number here: EveryMac - Lookup and then paste the systems URL here for us to see. Without knowing your exact model we really can't help you.

Anyone got any idea ?

The mag-safe starting out green and then going to orange is normal. It just means it is charging. Let's get a better look at the charging status. Please download, install, run and post your results with Coconut Battery. Hit the download 3.6.2 here: http://www.coconut-flavour.com/coconutba...

You didn't mention it being totally dead. First leave it charging till the battery is charged and the mag-safe turns green. Now we're going to try for a spontaneous boot. Dis connect the battery and mag-safe. Press and hold the power on button for 5 seconds hook up the battery then the mag-safe. It should now boot on its own.

Doesn't the Mac need to be working to use this ?, as it's totally dead, won't turn on etc.

I put "I tried to turn it on but it will not work" in the question. I have left it on charge for 4 days and the charger never turns green, just stays orange the whole time. I have tried what you suggest but it doesnt turn on.

@kriegs089 This is an old thread. You should start a new one.

Disconnect everything except the charging board and fan, then plug the charger in. If it is not booting, it will be a logic board related issue; remove the board and check the bottom for liquid damage, especially around the SMC area, which commonly is affected in MacBook Air 13 models.

Try the above and let us know what you find. What is the past history of this too (was it repaired before)? If you have any experience soldering we can then guide you on what to measure and replace on the board.

I have tried that already and the light on the charge port is green when the battery isnt plugged in, but it still wont turn on. I do board level repairs on iphones and ipads and own a repair business, I just dont know an awful lot about macs. Im not sure what the history is other than they were using it and then it turned off.

Ok, but have you checked the bottom for liquid damage? Grab a board view and schematic for the 820-3437 and measure PPBUS_G3H, PP3V3_S5 and PP5V_S5 first. If it has randomly stopped working it would indicate liquid damage, so check the board thoroughly