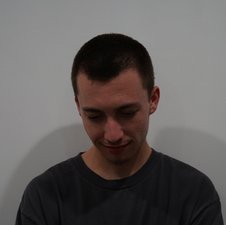 Hello Hello.. I have a question for those who do iPhone repairs quite often or even for a living.

basically, I learned how to replace an iPhone 6 screen quite awhile ago, I haven't done much with the knowledge except buy a couple cracked phones on eBay, let go, and offer up and replace the screen with a brand new one and sell it making 60$ - 100$

The only phones I've technically repaired are just regular 6gs and 6+'s. I like doing it and all but I want to get better and there's a lot of ups and downs to buying cracked phones and selling them online. It just takes a long time to find a buyer mostly, and sometimes I'll buy a phone with a bad ESN or something. Happen once but I have learned my lesson on that.

I've technically never replaced a 6s or 6s+, I know breaking the seal when opening the phone makes it a little more difficult but for the most part it's not much harder than a regular 6, from what it seems like.

I currently work at an iPhone refurbishing business so I have a lot of resources and the ability to get screens at the place I work. Which is why I want to possibly transfer from being someone who just buys and sells phones to someone who repairs on the go for people, like a mobile tech repair.

My questions are, how did you branch off from just doing casual repairs to being able to post an ad on an app and start doing repairs quite often for people?

How many times should I do a repair on a phone model before feeling comfortable to do it for potential customers, rather than just friends and on phones I buy myself.

As there are quite a lot of mobile repair services, how do you go about heating the edges of the 6s and 6s+'s to loosen the adhesive? like if you were doing a repair at a Starbucks (for example) would you find some way to power a heat gun?

Or after doing 6s's for quite some time, do you not even need the heat? I know it's not mandatory to take off the screen but I'm positive it will make it a bit easier for someone's who is not an expert yet.

Do you think to further my skill I should just buy more cracked phones, maybe a 6s and then a 6s+ now, and just try the repair on those. Can always resell them as well, what worked for you when you were first starting out? Maybe I can just buy an icloud locked 6s and 6s+ for cheap and perform the repair, and then just donate it to my work as a tester. So no major loss really but some money and I'll know I can do a 6s repair at least. Thanks, sorry for the extremely long question!

I never used heat to open up the iPhone 6S.

I just start with razor blade bottom left of screen after taking out the bottom two pentalobe screws.

I use the razor blade just to lift up the screen lightly when needed then use nails to run along the screen gap to loosen or separate the adhesive.

Ya, I have a nail grown out I usually do use it when opening screens. I told my boss I wanted to learn how to open 6s's and he's gonna give me a go pretty soon, thanks

I my self have a business we do computer repair and maintenance and phone repair. We as a company started like you are buying cracked screens and reselling. Then we ran in to the locked iCloud or a bad IMEI but we can always unlock them and or give them a new IMEI number. I do recommend you to keep practicing with ur devices and when you feel confident start advertising your local stores or your newspaper. Make a website learn different programming language that's going to help you alot if your trying to unlock a phone. MizTech/Repair has developers that make apps to unlock phone and track phones we do custom apps and website. we started small and now we are big in our town, and as for the on the move the adhesive buy the iopener from ifixit it's great it just needs to be microwave 30sec everytime you use it. There sure is a microwave at Starbucks. :)

You can unlock a phone that is icloud locked? I didn't know that, I thought when someone reports it lost or stolen its pretty much useless :O