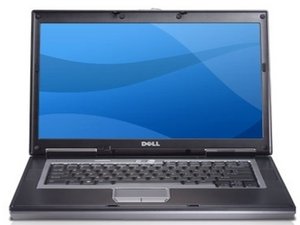 fan goes full at startup and then laptop shut own

Hello, I have an old dell latitude D531 that I got refurbished a year ago.

It was short of fine for a year but it started failing lately. It was having some flickering while playing videos and it eventually started shutting down.

I though it is overheating so I cleaned up the fan and used hwinfo to check for temps, everything was looking normal so I though it was probably just blocked fins from the dust on the cooling system.

Then it started doing it again and eventually it couldn't go past the post screen at all.

In both cases before the shut down the fan was suddenly turn up on higher rpm and reported temps where pretty normal, and now it does it from a cold start (and it is not even hot in the room).

I left it for a couple of months because I was busy and this week I opened it to replace the thermal place and clear the fan from the inside.

It worked well for a week and now the same things happens. I open it, the fan goes full rpm and then it shut down before even show windows logo. I suspect a faulty temperature sensor but I just pulled it out of my head, I don't have any solid evidence.

Any idea what I can do with this?

Do you have to correct the time in BIOS at all to get it to work properly?

If so or even if not, try replacing the CMOS battery.

Here is a link to the service manual for your laptop.

Click on the Coin cell battery link in the Contents page to go to the relevant section on how to remove / replace the battery.

Just had nearly the same happen on an old Dell desktop. High fan on power up with shutdown, then auto started again this time with message to check setup. Only thing I could find was date and time set back to 2006. When reset the time it started OK until the next time. Can't complain to my knowledge it was the first time that the battery was replaced. Still funny though as battery tested at 2,78V. Haven't had a problem since replacement.

oh my god... I will try this but now that I think of this, the laptop was a couple of months without power, so probably the battery died completely during that time and settings where reset. This may explain why it worked for a week after that!

Thanks! I will give it a try.

That may mean that your laptop is not POSTing. This basically means its not turning on. I unfortunately do not have an answer as to what the issue is. There could be many problems. It could be a bad Motherboard, CMOS Battery, CPU... Sorry I couldn't help.