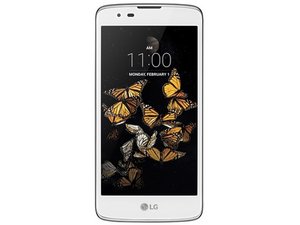 Did your phone do the same as mine?

Sometimes (very often actually) my phone starts to open and close the screen and in the meantime it opens app and menus.

Since I had a warranty I return the phone to the shop where I bought it. You know the usually crap. And from there they sent it back to the constructor (I guess) anyway. They upgrade the software because they tought that it will solve the problem but it didn't.

I don't want to send the phone again and wait at least three weeks. Help me to get rid of thoses things will you ?

This one will check for any malware that may be installed on your phone.

This one will check for any viruses that may be installed on your phone.

Once you have completed the factory reset, check the behaviour of the phone. If the problem still exists then most likely it is a hardware problem and you should get it fixed under warranty. If the problem has not re- appeared after the reset, (allow sufficient time to elapse until you are satisfied that it has really gone) then restore the phone with the backup you made earlier, using the phone's restore feature.

If the problem does not re surface then hopefully the reset has fixed it. If it has returned then most probably a downloaded app is causing the problem. The problem then is finding out which one. You will have to uninstall your downloaded apps one by one until you find the culprit.

I did what you said but nothing has changed.

I think this is a hardware problem. I did a back up then reset my phone and yet no change at all. I already sent the phone back. It return as it was when I send it in the first place so in order to avoid sending it again I was thinking about doing the repair myself. Do you have skill for doing such thing ?

Hi, If the warranty is still valid I suggest that you backup your phone, factory reset it and take it back to the shop. Show them the problem still exists (even on a factory default phone) and ask them to fix it or to replace it (as it was supposedly fixed one time already) as it is not fit for purpose. If they refuse inform them that you are taking the matter further with LG.

Do not do the repair yourself as like me you probably do not know what to replace if nothing looks obviously faulty. Do not let them get away with selling a faulty product!

Sorry for the delay. I understand your point of view but I still want to do this myself. That is not the first time that something similar happen. I'm fed up of asking someone to do something and each time I have to wait a little more for finally no result. Is anyone else that can help me ?