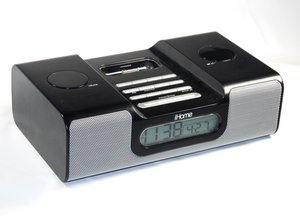 iHome Model iH8 is a radio and alarm clock produced by SDI Technologies offered in Black or White that includes an iPod Dock.

Screen has no time displayed

There is power to my iH8. Has lights on. But there is nothing on the time display. Any suggestions what is wrong/or if fixable?

Daughters iH8 had same problem. No schematics available and not a viable repair job for economical reasons. However I found the fault and it is a manufacturing one that is likely to be the cause of many of such no display /operation failures. In my case power was there to the keyboard and charging the iPod.

Internal supply rails appeared OK, other than the secondary rails driven by the Toshiba TC9349A Microprocessor (a SMD device mounted just behind the display and covered by RF shield ) and you guessed it this also feeds the display. I found that if I placed my oscilloscope on the Micro Clock, it started to work, however would stop shortly after it was removed. When I removed the 75Khz Crystal 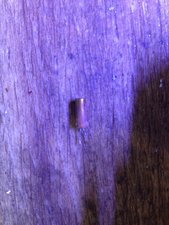 there was rubber glue that had gone hard and as is common, become conductive and detuned the crystal. Removing the gunk from across the leads fixed the problem.

I will attempt to post pictures somewhere on the web as I don't appear to be able to add them here. If you need instructions on how to check send me an email. kissellb@gmail.com

You will need a soldering iron, solder sucker (Can get by without this if careful) and some knowhow in terms of disassembly.

Pickies below showing the unit in question, There was also a break in the board PCB track and you will see where I have placed jumpers to fix the other fault. The RF shield is obvious, you will see the gunk on the PCB where the crystal sat and that caused the problem, the crystal is shown above and the micro that sits under the shield where you need to remove the crystal to clean it (Crystal has been desoldered and removed for cleaning in the picky) 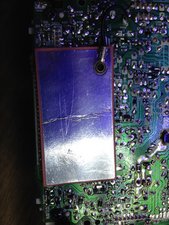 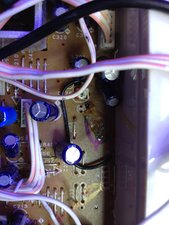 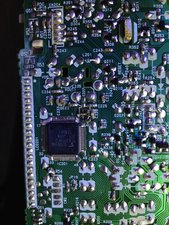 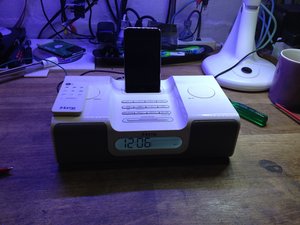 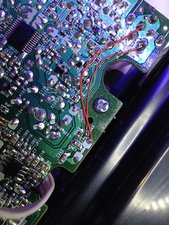 Adding images to an existing answer

Many Thanks - That was also the issue with our HiP99