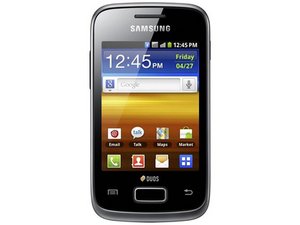 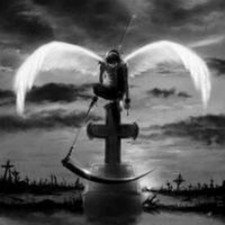 My phone Power/Lock screen Button is broken. Every time I press it (Powered ON) it just restarts the whole phone. When Powered off it won't boot up but if I boot to recovery mode (Volume up + Home Button + Power) or Download Mode (Volume Down + Home Button + Power Button) it works. I already Have an alternative in locking the screen using a third party app, and to power up my phone I just remove the battery and put it back in and it will automatically boot up.

I just want a fix for the power button because I hate it when I accidentally press the Lockscreen Buton, it will restart.

Hi all i find the solution on sony xperia d2203 when Power Button Pressing it Restarts Phone change it http://imgur.com/a/p4EH5

Have the exact same problem, but with my Sony Xperia E3. Been like this for the past 24 hours, have no idea how to fix it.

me too ! please tell me how to fix it if you found it..

3. Sent to repair shop for updation of software- dint work

What you describe is very similar to the symptoms of a bad power button, but there are some things that aren't typical. For instance, when a power button is bad, it's usually hard to get it into recovery mode, and it may restart or shut itself down once it's there. Power buttons that are working intermittently or partially stuck can have some weird symptoms though, so there's still a possibility that's what's wrong.

If it is a bad power button, it will probably need to be replaced. Not sure what kind of power button that phone takes... many Samsung buttons are soldered on, but some are on a flex cable and can be replaced without soldering. The only thing I've found that helps a power button (other than replacement) is that sometimes putting some electrical contact cleaner on it (if it's the soldered on kind) and pressing the button a bunch will help. If you don't have any electrical contact cleaner, you can try some isopropyl alcohol with a bit of wd-40 in it. It's a long shot, but it worked for me a couple times before I learned to solder them!

Facing exact same problem with my galaxy tab 4 7.0 . Please give me some solution.

same problem, how I get my HTC sensation 4G broken power button to power on with out a system. step 1: remove the battery from the phone. step 2: plug the phone without battery to a socket using a good cable. step 3: put back the battery when the phone is still connected to power, press and hold the up volume key and just tap on the volume down key while pressing the volume up, when it has on immediately Download volume button as power button

Version: 1.1.1 change your power button to the volume button welcome back start using your phone back

i have allraddy do this

cheng on off switch.

just change on off switch