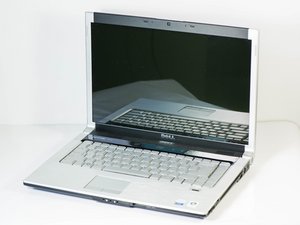 Laptop heats up to a point where it shuts down immediately.

The bottom left corner (below the keyboard) of my DELL XPS M1530 becomes really hot when I'm working on it, especially when I have another monitor running. It would then automatically shut down without notice. Can I fix this myself?

The Dell XPS M1530 has had several documented issues with it's installed GPU as stated by Jason, and there is not a way to fix the issues regarding the GPU without replacing the motherboard as stated.

However, there are a few options for fixing overheating issues regarding the laptop. Refer to our Dell XPS M1530 Trouble Shooting for different options regarding your problem.

I will address two options I think may be causing your issue if it is not the GPU. First, clean out the fan and the inside of the computer removing all dust residue that has accumulated. Though cleaning the fan is likely not your problem, but should help with cooling later on. To conduct a complete cleaning of the fan refer to Fan Replacement. You will be able to access the entire fan component and clean the PC of dust very effectively.

Your second option for fixing your overheating problem is replacing the thermal paste that is between the heat-sink and the GPU and CPU. Use the fan replacement guide to remove the heat-sink, then you will be able to locate the GPU and CPU. After inspecting these, if they seem to have thermal paste that is dried, cracked, or even lacking then you should replace this compound. If neither of these work you may need to resort to getting a new GPU which will mean buying a new motherboard. I hope this helps.

The Dell XPS M1530 has several documented issues with overheating. There is not a way to fix this issue without replacing the motherboard or reballing or replacing the GPU. There was a recall at some point involving the GPU but we are past that point now.

Your best bet is to clean the unit out the best you can and turn some of the performance settings down to try to let it run as cool as possible. Clear out all the dust you can and if you feel comfortable, disassemble the unit and put new thermal paste on the unit. This will buy you sometime but the more your laptop shuts down due to thermal issues, the more it is dying. It will eventually give out and not be usable at all.