With all eyes on the newer, better, more waterproofer, GPS-equipped Apple Watch Series 2—it may have escaped your notice that there’s another new watch on the block. Apple took their original Apple Watch, slapped in a faster processor, and called it the Series 1. For those of you keeping score at home: the total count of Apple Watch variants is up to three, not two. (To help us keep them all straight, we’ve internally renamed the original Apple Watch … the Series 0). 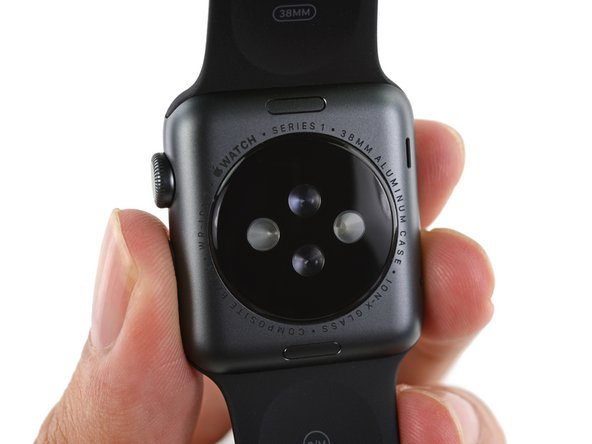 When we tore open the Series 2, we found a totally redesigned, streamlined, repair-friendly interior. “More repairable” often goes hand-in-hand with “easier to assemble,” so as manufacturers refine their assembly process, repairability usually improves. To recap from the Series 2 teardown, we saw improvements in updated cabling, better display cable connectors, and most importantly, component arrangement. The system-in-package was flipped over, such that the cable-dense side was actually facing the things those cables lead to. This simplified construction benefits Apple as well as fixers, so it would make sense for Apple to build the Series 1 and Series 2 watches in the same way. And we’d hoped the Series 1 might get the same updated, more repair-friendly design.

To find out for sure, we warmed our iOpener and unsheathed our opening knife. With the display open, the verdict is … it’s a Series 0 in there. 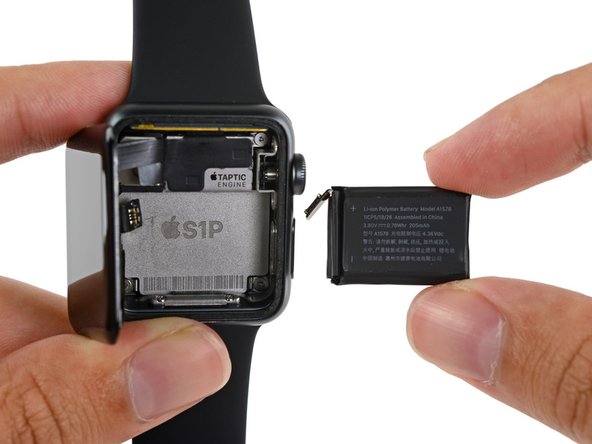 The construction in the new Series 1 exactly matches what we saw in our teardown of the original Apple Watch, right down to that annoying display cable bracket. That’s the exact same 0.78 Wh (205 mAh at 3.8 V) battery, right down to the Apple part number. Just to be sure, we checked compatibility with our original Apple Watch parts stock, and found that Series 0 and Series 1 displays and batteries are completely interchangeable. While manufacturing the Series 2 is probably more efficient, it looks like Apple decided to eke another model out of the Series 0 line, rather than retool it. That’ll save them time and money too—just drop in the S1P and slap a Series 1 on the box.

Looks like the original Apple Watch will be going the way of the iPad 3—silently swept under the rug and forgotten about, with the newer, faster replacement taking its place. Early adopters rejoice, now you’ve got limited edition collectibles! If you’re looking to pass an heirloom down to your kids, you’re probably better off with a mechanical watch, not a soon-obsolete paperweight (sorry, Edition owners).