It will soon be harder to install third-party firmware on Wi-Fi routers—thanks to new FCC rules. But even as some manufacturers have started locking down devices in order to comply, Linksys announced it will continue to support alternative firmware on new WRT routers.

Next month, the FCC will start requiring manufacturers to prevent users from modifying the RF (radio frequency) parameters on Wi-Fi routers. Those rules were written to stop RF-modded devices from interfering with FAA Doppler weather radar systems. Despite the restrictions, the FCC stressed it was not advocating for device-makers to prevent all modifications or block the installation of third-party firmware.

“Quite the contrary, the proposed rules would require manufacturers to select the security method they deem appropriate to prevent modifications that take the device out of compliance,” Julius Knapp, Chief, Office of Engineering & Technology of the FCC explained.

Still, it’s a lot easier to lock down a device’s firmware than it is to prevent modifications to the radio module alone. Open source tech experts predicted that router manufacturers would take the easy way out by slamming the door shut on third-party firmware. And that’s exactly what happened. In March, TP-Link confirmed they were locking down the firmware in all Wi-Fi routers.

Instead of locking down everything, Linksys went the extra mile to ensure owners still had the option to install the firmware of their choice: “Newly sold Linksys WRT routers will store RF parameter data in a separate memory location in order to secure it from the firmware, the company says. That will allow users to keep loading open source firmware the same way they do now,” reports Ars Technica’s Josh Brodkin.

In positioning itself against TP-Link, Linksys is essentially branding WRT routers as the official router of the Wi-Fi hobbyist. Which makes sense. As Brodkin points out, OpenWRT and DD-WRT were initially developed for Linksys’s WRT54G routers.

For a more detailed rundown of the situation, check out Brodkin’s full article on Ars Technica.

FCC Says It Won’t Lock Down Your Routers 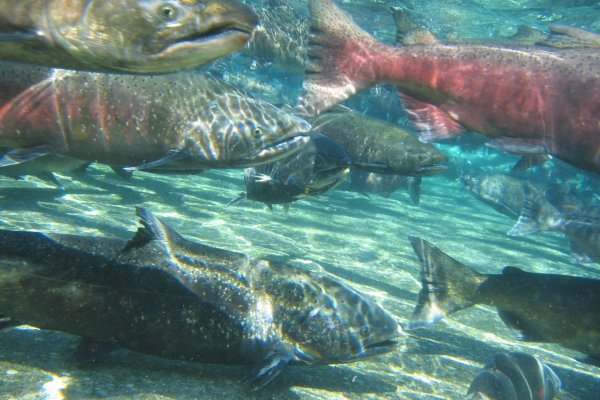 You Won’t Believe What Scientists Are Doing with Fish Sperm