In yet another fascinating episode of “Yeah science, bitch!,” it turns out that salmon semen is good for more than just making more salmon. Aside from being a delicacy in Japan, fish sperm (also known as milt) could just be the future of rare earth element (REE) recycling.

Despite what the name suggests, rare earths aren’t exactly rare. In fact, they are fairly abundant. But they are dispersed in tiny quantities in the earth’s crust, which makes REEs difficult (and super dirty) to mine, separate, and process. Mining of rare earths in China—where 70% of the global supply of rare earths are produced—has resulted in radioactive leaks, acidic run-off, contaminated rivers, illegal pit mining, and more.

Aside from being difficult to mine, rare earths are also notoriously hard to recycle.

Why? Because (as with mining) REEs occur in such tiny quantities in our electronics. Separating them out from the other material is hard, it’s energy intensive, and it’s expensive. Too expensive to be feasible for recyclers. So, really, recycling is the only “rare” thing about rare earths. In fact, only 1% of REEs are recovered for reuse. 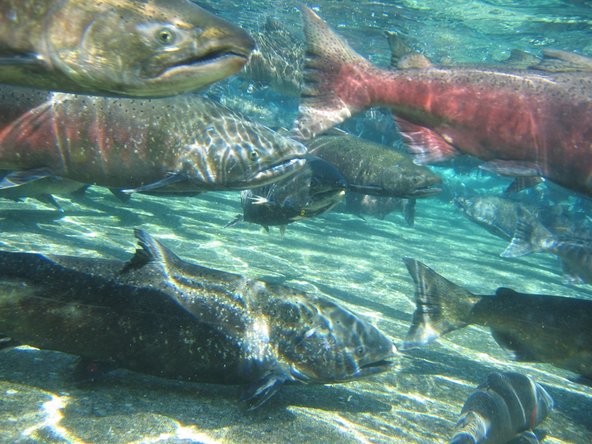 That’s why this salmon spunk thing is kind of a big deal. As Chemistry World reported, a Japanese research team mixed powdered milt into a solution containing rare earths. The REEs were attracted to the phosphates in the milt powder, and the researchers were then able to recover the rare earths from the solution.

Not too shabby for something that’s essentially a waste product. Thousands of tons of milt are thrown out every year by the Japanese fishing industry, according to Chemistry World. And while the research doesn’t have a lot of application now, it could be key to finding more affordable, more eco-friendly ways of recycling our resources.