It’s that time of year again. Fall is here: leaves are turning, Ugg sales are on the upslope, and your local Starbucks is busily brewing up Pumpkin Spice Lattes. All of this can mean only one thing—Amazon has refreshed its Kindle line, and is ready to begin sharing the new goodies. We took it upon ourselves to grab both the new base Kindle e-reader—the $79 Kindle 7th Generation—and a new face in the crowd, the Fire HD 6, a $99 Android-based tablet.

We tore into each with gusto, eagerly searching for anything exciting to share with you. There wasn’t much. They’re Kindles. But here’s what we did find!

Though differently purposed, the two Kindles are similarly built, and share the same repair wins and woes—easy opening procedures get you to strongly glued-in batteries, but their clean, modular designs are otherwise very easy to work with. Each Kindle received a solid eight out of ten on our Repairability Scale. Lack of available replacement parts has limited repair options in other Kindle models; we can only hope these models don’t share the same fate. 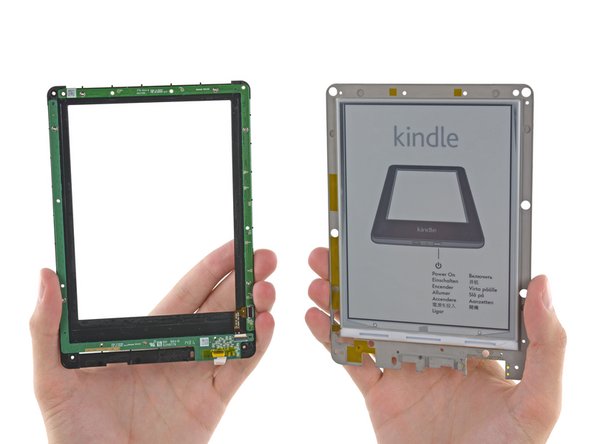 • Amazon tells us that the 3.29 Wh battery is good for 4 weeks per charge (defined as 14 hours of use and 658 hours of standby). Sounds like a lot! But it’s half the eight-week spec of the Kindle Paperwhite, a backlit tablet with a 5.25 Wh battery. Where is this Kindle’s extra power going?

• The Kindle now has touch! But how? A grid of infrared LEDs and receivers, powered by Neonode’s zForce tech, criss-crosses the display. When a finger (or any pointing implement) blocks the beam, a touch is registered. 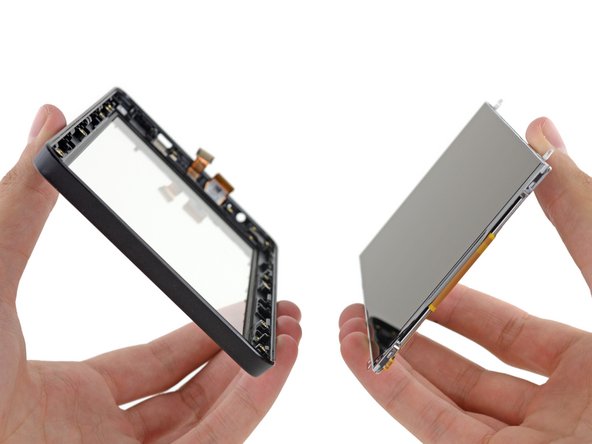 • This looks familiar. It seems the Fire HD 6 is just a small Kindle Fire, after some serious streamlining internally (not to mention shrinking externally).

• The 2.0 MP rear-facing camera is…well…a camera. Which is great if you ever wanted 2005 flip-phone photography in a new and unwieldy format.