Last week, while we were disassembling the iPhone 5s into pieces, Chipworks was able to confirm that the manufacturer of Apple’s A7 processor was indeed Samsung. Not being content with their discovery, they delved into the A7 some more — this time by bringing out the big guns, in the form of an electron microscope. Below are a couple of images they shot:

Even we have issues figuring out what the heck we’re looking at in the image above, so we feel a bit of explanation is in order— and the M7, iSight camera, and other components came along for the ride. We present to you the Apple A7 Teardown.

Some fun tidbits regarding the A7’s cross-section:

We have tons more analysis of the A7, the M7, and supporting players in our teardown. 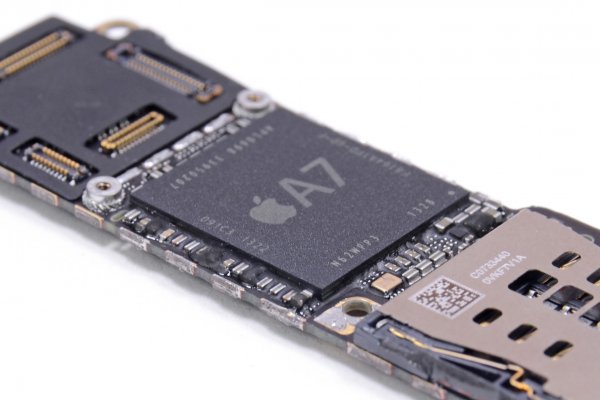 Apple’s A7 Processor is Made by Samsung