We haven’t been this excited to get our hands on new hardware since the iPad. The way that we interact with computers is (finally) evolving, and Kinect is unlike any hardware we’ve ever taken apart. In fact, the only thing we’ve ever taken apart that has anywhere close to this many sensors is Pleo, the dinosaur robot. 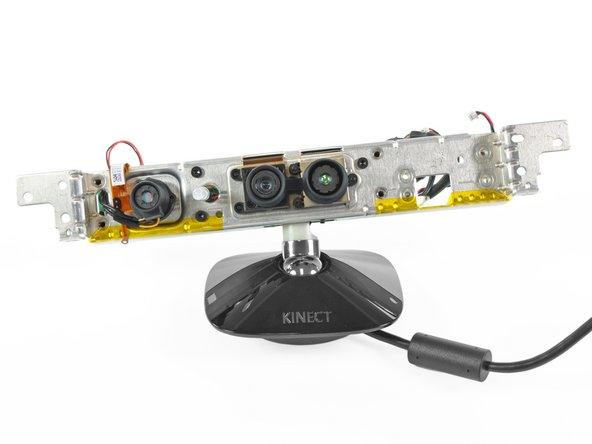 The Kinect isn’t a traditional game controller—it’s a horizontal bar of sensors connected to a small, motorized pivoting base. We love that the world is finally at the point where we’re not upgrading our compute capacity as often. Instead, we’re upgrading sensors so our computers understand more about us.

What’s inside the Kinect?

And a whole lot more—hit the teardown for the full list! 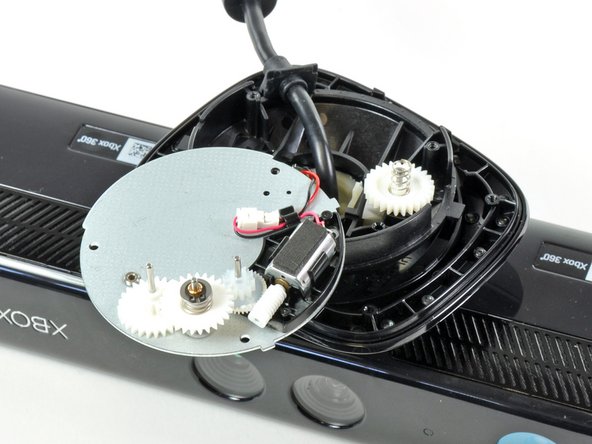 Most of the Xbox’s processing power is dedicated to gaming, so the Kinect preprocesses the image prior to sending it on to the Xbox. The Prime Sense processor condenses all the information it collects about your living room into two things: a color image and a depth map. These are sent to the Xbox over USB.

The Kinect’s eyes are not tiny cell-phone cameras—they’re closer to the camera you might find in a webcam, with large lenses and autofocus. We can’t independently confirm the resolution of the cameras yet, but we’ve seen reports that the infrared cams are 640×480 and the RGB cam is 1600×1200. There’s also a lot of circuitry packed into the cameras themselves. We’re conducting a full investigation of the cameras, but that analysis will take us a few more days. 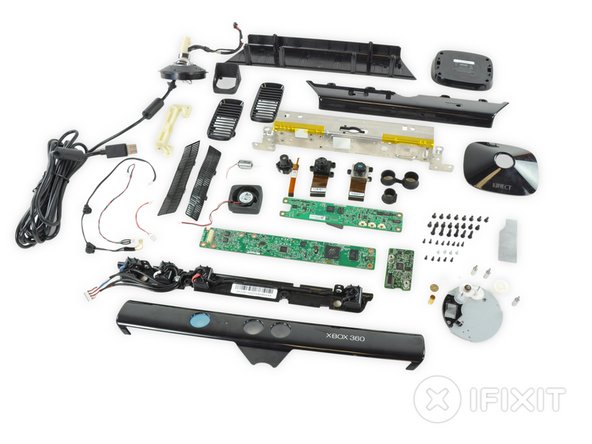 Kinect is first generation hardware. As usual for a first revision, it is mechanically quite complex. We were surprised at the number of thermal sensors and large, sturdy power connectors. Kinect was clearly designed by a team accustomed to designing large hardware like the Xbox. It has nothing in common with design aesthetic of the Zune HD, for example.

Pros: The design is very modular, and replacing individual components (like the motor) when they fail shouldn’t be a problem. No soldering required to disassemble.

Cons: Microsoft used four kinds of screws, including some hated security bits: T6, T10, T10 security, and Phillips #0. Without a service manual, repair will be quite a challenge. Microsoft has not made a service manual available. If we get enough demand, we’ll do their work for them and publish one.