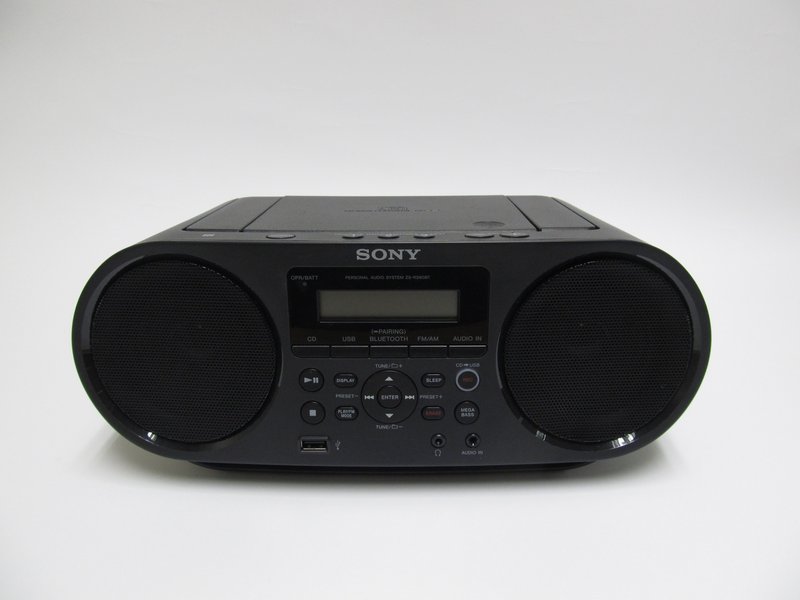 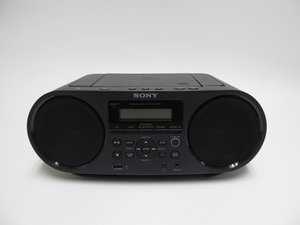 Manufactured by Sony, the ZS-RS60BT is radio-enabled boombox. The device’s top-loading CD-player, USB port, and Bluetooth 2.1 compatibility enables the user to stream or play music from a variety of sources.

If you are experiencing problems with your Sony ZS-RS60BT Bluetooth boombox, try referring to the troubleshooting page.

The Sony ZS-RS60BT was manufactured by Sony on June 24, 2007. It can be identified as a Sony Bluetooth boombox. While its black coloring could cause it to be confused with other similar models, the ZS-RS60BT can be identified by the white Sony label and the model number. The model number can be found on the device above the LCD display screen. The device is equipped with radio reception, Bluetooth compatibility, CD playback, and USB and auxiliary capabilities. The Sony Bluetooth boombox allows you to record music to and play music from a USB drive. The boombox has a power cord but is also capable of being battery operated using 6 C-grade batteries.