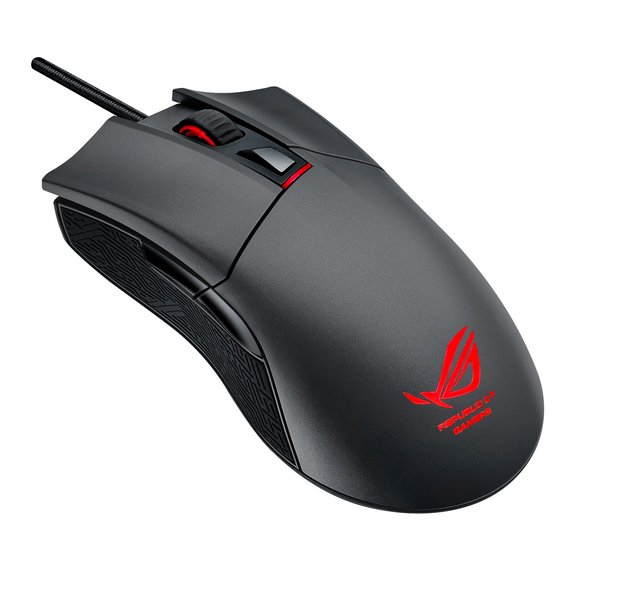 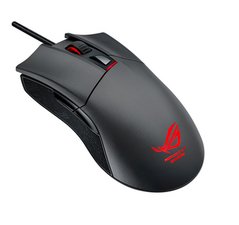 Released in 2014, the ROG Gladius is a gaming mouse with a customizable DPI up to 6400. It is made for right-handed folks with two thumb buttons on the left side and a right-handed contoured shape.

The ROG Gladius is a gaming mouse designed by Asus and branded as part of their Republic of Gamers (ROG) series. It was originally released in 2014 and replaced in 2017 by its successor, the ROG Gladius II. As a gaming mouse, the Gladius has a customizable DPI of up to 6400 DPI which can be switched on the fly with a dedicated button in front of the scroll wheel. Speaking of which, the scroll wheel is stepped and can be pressed down to activate a middle click. Two more buttons on the left side of the mouse are meant to be pressed with your right thumb and are mapped by default to forward/back in your browser. You can also use them for extra functions in a game. The contouring of the mouse and the position of these two buttons means that the mouse is mainly suitable for right-handed users. Sorry lefties!

An interesting feature of the Gladius is that the switches underneath the left and right click buttons can be swapped fairly easily. From the factory, the mouse comes with two Omron D2FC-F-7N switches, but Asus also provides extra Omron D2F-01F switches in the package. You can find instructions to open the mouse—either to replace the switches or for any other repair—in a guide posted on the Asus ROG website. Another nice repair-oriented feature of the Gladius is that its USB cable is not built in; instead, the mouse attaches to a computer via a microUSB port at the front edge. If your cable breaks, you can simply buy a new one.

To identify this mouse, look on the bottom for the model name “Gladius” printed in white. The mouse also has a ROG logo (it looks like a mask) that lights up and sits roughly under your palm when you’re holding the mouse. You can distinguish the Gladius from the Gladius II because the newer model has the words “ROG Gladius II” printed on the bottom instead of just “Gladius.”