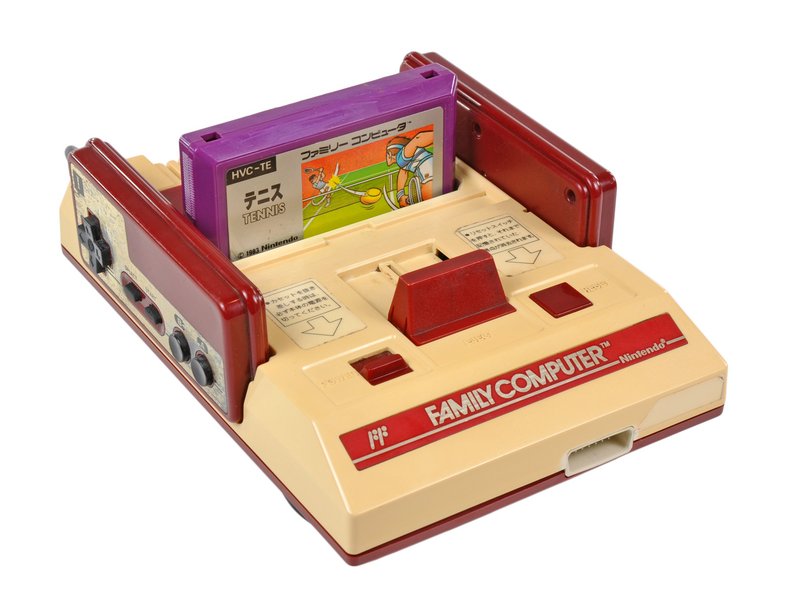 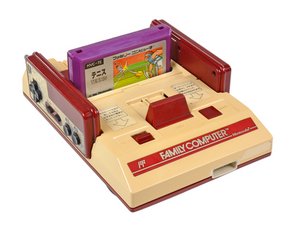 Released in July 1983 in Japan, the Nintendo Family Computer, or Famicom, is the matching predecessor to the Nintendo Entertainment System (NES). Model HVC-001.

The Nintendo Family Computer, often shortened to Famicom, is an early video game console released on July 15, 1983 in Japan. Games for the system were distributed on cartridges and included some of the most well-known games of all time such as Donkey Kong, Super Marios Bros., and the Legend of Zelda. The Famicom was adapted in 1985 for North American markets as the popular Nintendo Entertainment System (NES).

The console includes two wired controllers with D-pads that stow away in slots on the side of the machine. The console uses a Ricoh 2A03 processor (based on the MOS Technology 6502) running at 1.79 MHZ in NTSC regions and 1.66 MHz in PAL countries. Ricoh also developed a custom Picture Processing Unit (PPU) for the Famicom which controls the graphics. The Famicom can output 256x240 pixels through its RF video/audio output.

The Family Computer was eventually replaced by the Super Famicom in 1990, but if you still have one of these retro consoles, you can modify it to output video using RGB or HDMI. See this page from RetroRGB for more details.

History of the NES on Wikipedia