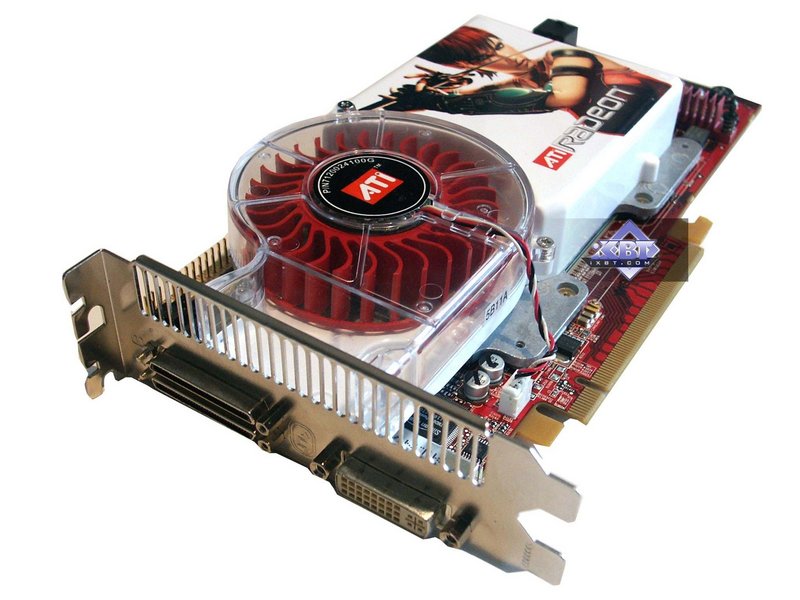 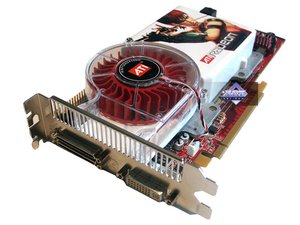 The Radeon X1900 XTX is a graphics card released by ATI in January 2006. At the time, it was one of the most powerful graphics cards on the market. The graphics chip at the heart of the card is the R580 XT, which contains 384 million transistors. As shown in this table of AMD graphics cards on Wikipedia, the X1900 XTX is basically a slightly-upgraded version of the X1900 XT released on the same day. Later in the year, ATI released more powerful revisions called the X1950 XT and X1950 XTX. As shown in this AMD support article, you can identify your exact graphics card by looking for a sticker on the device containing the model number. You can also find your model number in software by following these guides for Windows or Linux.

The Radeon X1900 XTX outputs video via two DVI ports on the back of the card or an S-video port. For full-bandwidth (and full performance), you should insert the card in PCIe x16 slot with support for at least PCIe 1.0 speeds. The card also requires external power via a 6-pin connector. On the back of your computer, the card takes up the space of two expansion slots.