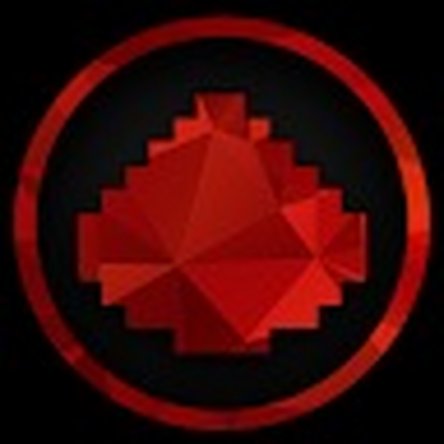 MacBook starting to a white screen, and then a black screen w/o chime

I’m getting a white screen on start. Every subsequent power-on starts to a black screen. If I cut the power completely, which means taking the battery out or just waiting for it to die a crap ton, the Mac chimes and starts to the white screen again. Note: I can only do things like bring up the boot picker and use internet recovery when it’s in the white screen state. Internet recovery cannot help me as far as I can tell, as I cannot install MacOS through it because somehow even though I got to it through the INTERNET, wifi won’t turn on within it and Ethernet seems to do nothing whatsoever, so MacOS won’t install through it. I had the idea of getting a USB with the installer on it, which didn’t work because of the next problem. The boot picker and internet recovery fail to set the boot volume every time. I even tried the bless tool via terminal in internet recovery and that’s basically what it said. I’ve tried transplanting 3 different HDDs and 1 SSD from other Macs into this MacBook and they don’t modify the macs behavior. I put a disc in the SuperDrive, thinking maybe it might try doing something with that letting it get further in the boot process, but all it does is spin it and nothing else. The next time I went into internet recovery, it just spit the disc out. That same day, I tried doing it again, but now the SIL (sleep indicator light) blinks 5 or 6 times and then the SuperDrive revs and if it’s in the white screen state, the chime occurs. It didn’t blink when this stuff first started happening.

this started happening right after installing boot camp (Win7), like I had done a lot before, and I tried to reboot back into MacOS from it, and then this started happening, and a few mins later I discovered my MacOS partition wasn’t even showing up in the boot picker anymore, and yesterday I found out that it shows up in internet recovery disk utility as “disk1s2” or something similar. I reformatted that partition thinking I was gonna install MacOS back on it but the %#*@ thing won’t connect to the network or the internet so that’s not possible.

I cannot take this machine to the Apple store, and I don’t have money to take it to a third party Apple repair place, Apple is saying this is a hardware problem, but I didn’t spill, bump, or mess up anything on this system prior to this happening, it was literally laying on my bed when this started.

I also have about 3 hours in recordings with troubleshooting things I did, and the call with Apple that I did, I’ll only put them here if that would be helpful.

@iredmc - I would start off running the grey CD diagnostics program to see if an error popped.

If you don't have access to the Grey CD you might give Apple Hardware Test (AHT) a try Apple no longer offers older tools so you'll need to get this release.

The last thing that could be getting you in trouble is the drives you are using may not work properly in this system. Can you give us a listing on the exact drives you have: make, model and size so we can research what you have.

This one is very weird and I have never heard of this issue before. Going off what @danj said, can you give us the make and model of the HDD's and SSD in question as that would help myself and others like Dan helping you to fix this.

When Apple said it was a hardware problem, i have one major complaint about their diagnosing system; they want your money. Here's my experience with this: My apple watch series 4 had a failed update on my nightstand which corrupted it. It was then further corrupted by me doing force restart after force restart. Somehow though, three days later, I took this thing into Chatswood chase (the dodgy store in question) and they deemed it water damaged and were going to charge me as much as an Apple watch SE. I bought an SE anyway as this watch was nearing 3 years and it was broken. It sat in my drawer for about 3 months before finally, i came across an Apple support tech online. I was having software issues with my SE. I went through them with that and also added i had a series 4 with a corrupted software. They went through the same steps as i did but then gave me a secret trick that saved my watch from landfill (If you want to know that as you have a software corrupted watch let me know) and now it works and i'm testing to ensure it continues to. I knew from the start Chatswood was doing dodgy practice and sure enough they were. Point is: If you find the right place/person they will fix it, not the nearest store.

Back to the thing in question here, have you tried an external monitor on this computer. if so, have you checked your antenna connections (both the tiny cables and the M.2 slot itself). Then, have you tried a different SATA cable. This wouldn't cause that screen thing but maybe it would get disk utility to pick it up somehow. I had PS4 which had a hard drive failure and i used a (really crap) tool to confirm it was dead (the tool was so crap it actually couldn't read files off a working sata drive)l

All i can say is: this is likely a firmware that has gone rogue and has stopped this thing from starting up. Unfortunately, Apple configurator (the firmware flashing tool) doesn't work on macs without a T2 chip so this one won't work at all. Meaning this will unfortunately become part of that growing pile of ewaste (unless there's a magical key combo which i reckon there might be.

If you can't tell already, I am not a professional repair tech. I am a hobbyist who signed up here to try my best at helping others fix their stuff and learn myself. If you really need very technical support your better off with someone like @danj. Hopefully i was able to help and if not I'm sure Dan would be happy to help you.

Cheers from down under