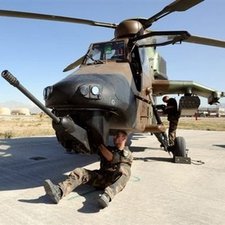 Hello, Ben. I personally have no experience doing this, but I've located a Mac post that discusses this in some detail. I hope this helps you. Good luck.

Hi rj. Thanks for the link. So the faster RAM will run at the slower bus speed without causing any problem ? I know that the 1333MHz ram will not run as it was designed and won't all it's power but I already have it and I don't want to buy other ones. Can anyone can confirm this ? Thanks

Ben, I didn't see anyone who said that it wouldn't possibly cause problems. Sometimes faster RAM will work and sometimes it won't. If you start having problems with unexplained crashes or kernel panics, replace it with the correct speed.

Hello mayer, he did reply but it seems that he deletes its comment. Ok but it's not risky right ?

I think the risk is minimal but watch the heat. I have actually burned my fingers on the wrong RAM.

Since I just tried this a few days ago, I'd thought I'd report my findings.

As I mentioned in the Apple thread rj713 linked to above, I suspect there's a timing issue involved - the memory controller can handle downcycling the RAM, but it can't co-ordinate two different RAM speeds at the same time.

Given that the Late 2008 Macbook is the first of the DDR3 systems, it would be interesting if someone with a later 1067 RAM laptop (2009 or 2010) could try an experiment like mine with mixing 1067 and 1333 RAM, and report back on the results. It may be that the memory controller (if that's the issue) is the same in all generations of the DDR3/1067 era, or it may be that later memory controllers are smarter and more powerful.

I have a mid-2010 White Macbook Unibody and installed 8 GB 1333 Ram into one slot and left the original 1 GB 1066 OEM Ram in the other. It is way faster than before. It has worked perfectly fine for me so far. The only weird thing is that when I look at the system information and see how much memory is installed it says one slot is 2 GB and the other is 1 GB. Not really sure why it doesn't recognize it as 8GB, but it is running at a speed that is definitely not only 3GB.

I think it won't recognize the 8GB because it's running a 32 bit OS.

Guys trust me I have been working for Processors manufacturing companies for quite a long. Always remember to check your processor before going for any ram upgrades or downgrades. RAM bus speed totally depends only and only on the Processor you macbook has. For example, if you have late 2011 13 inch macbook pro 2.4 Cori5, then simply go to the processor specification page. It clearly shows that it supports 1066/1333 MHZ pc3 rams. Now based on that you can upgrade or downgrade without even having a single inch of doubt. However, if you try to do any other experiment where you want to put in a higher bus speed or a lower bus speed ram than specified, then there are 100% chances that it wont work. Take my tip - whenever deciding for a RAM, get exact specs of your processor and see the RAM compatibility list as RAM is designed to serve processor only and it should be considered before buying any RAM.

thank you so much this is the kind of reponse anybody wants !!! ...even now...years after...is so usefull to me :D

Sadly, it did not work.

I think I am going to give it back to the shop.

If you have any idea, please, feel free to share it.

I could only get 6GB to work, the bottom slot took a 4GB DIMM just fine, but the top slot would only recognize 2GB maximum no matter what I tried. I checked and all memory modules are fine. Did you ever resolve?

yes assure your bios is at its latest possible version

I'm not sure what processor is in 2010 versions

I just tried 2x4GB Corsair 1333 modules in a late 2008 unibody MacBook. The system booted and recognized 8GB of 1333 RAM, and everything worked until I tried to install OSX Lion. During the install process, I got kernel panics left, right and center. I had to remove the 1333 RAM and replace it with the old RAM. I don't know if there is something specific to operating system upgrades that would have caused the problem.

There is a different firmware EFI update for the unibody macbook that allows it to work ok with 8GB ram, earlier updates will only support 6GB, any more causes constant system crashes. You do need a late version of Leopard at the very least to make it work as well. I think all 10.6 (Snow Leopard) variants work OK. To make things more awkward, Apple released the updated EFI with the same version number as the old one. You need version MB51.007D.B03 (look under boot ROM in system profiler). If you want more info look here: http://blog.macsales.com/9102-secret-fir...

In summary, use the 1066 RAM if you want a totally stable machine. In most cases it will actually be faster because it runs at the bus speed.

i agree that it must have something to do with the os.

I have a mid-2010 Macbook Unibody (Macbook7,1) I had 2gb of ram to start with, so I wanted to upgrade to 4gb. I went out to grab 2x2gb 1333mhz ram sticks, It did not seems to work - no boot. Luckily I had my MBP lying around and it had 8gb 1067mhz ram preinstalled from Apple. I swapped out the ram from my MBP to have it working on my MB. Now my MB is running 8gb 1067mhz but I seem to be hitting some problems lately with alot of system crashes. Does anyone know if 8gb 1067mhz ram cause a system fault? or is it simply just a application failure. (I could not get any 2x2gb 1067mhz ram from where I live)

I have a late 2008 unibody aluminium macbook.

can somebody tell me By own experience if this is true?

In the mac store i`ve been told that if you put a 1066 or 1333 it won't work appropriate because of the bus or something like that...

i am really confused, and don't know which one to buy!!

i really need to upgrade it, as my MB is SUPER SLOW since i installed Mountain Lion!!

Zombie thread resurrection, but yes: I have been running 8GB 1067MHz DDR3 RAM (2x4GB) in my 2.0 aluminum Macbook for several years, without problems. My normal boot OS is 10.6.8, but I have used the same machine with Lion, Mountain Lion and Mavericks. I haven't booted it from Yosemite Beta 2 yet; I should try that today...

I recently upgraded my Late 2008 Macbook unibody to 2xGB 1066 MHZ RAM it worked perfectly fine.. Looks like its better to keep at the 4GB level.

I have a macbook A1278 2008 series. I bought my laptop from a friend with the trackpad not working, I had just ordered and installed a brand new one and it still wont work. It just clicks but absolutely no gestures. Anyone know how to get this fixed?

You should have posted a fresh question (belatedly). As it wasn't seen hiding here.

I am running 8 BG of 1333 RAM on my 2009 MacBook without it giving me a moment's problem. I am running the same 8 GB of RAM in this October 2008 MacBook Pro, (15.4 inch). Both seem to work just fine. However, when I tried to install the same 8 GB RAM into a 2010 Unibody MacBook, all it would to is whistle when I tried to boot it up. To me it's weird that a newer Mac won't run the newer RAM, but the older ones will. Does anyone have an explanation for this phenomenon?

Did you update your EFI & SMC firmware? Follow this Apple TN EFI and SMC firmware updates for Intel-based Macs. Most likely your firmware is the issue not the memory.

It seems to run fast, and no problems, except, the fans are running a bit high, so it seems to me that the faster RAM is driving the heat up. I'm going purchase 1067 Mhz RAM, and swap them out to see if that reduces the heat and the fan.

I would install a temperature monitoring app to see what sensor is running high here. The memories speed is not likely causing the heat issue.

I have upgraded my 2011 MacBook Pro RAM from a Samsung 2x2GB DDR3 1333MHZ (4GB) to 2x4GB Corsair DDR3 1066MHZ CL7 (8GB) (Print on the front - DDR3 8GB MACMEMORY compatible to Apple iMac, MacBook and MacBook Pro - 2x4GB). Its running well, better than that, it's running great, however my question is that will this cause my RAM to overheat because it's at 1066MHZ while the system is designed for 1333MHZ? Don't know much about RAM. Thanks

Take a look at About This Mac > More Info > System Reports then click on memory what is the speed your memory is running at? I suspect its 1067MHz. What most people forget here is the the memories I/O speed is the limit not what the chips are rated at. So in your case the chips heat will be the same or in fact a little lower.

Dan, you the man, correct both 4GB DDR3 running at 1067 MHz. This just gave me the confidence to upgrade the RAM on my wife's iMac and my brother in-law's MacBook and older generation iMac.

downgrading ram should not cause issues

I put my 4 X 2 GB RAM in my scooter, it runs very very fast, previously it doesn't start.

I made a guide on how to to underclock memory modules (requires a Windows laptop pre-Skylake) and that's fairly easy to achieve as long as you follow the step carefully.