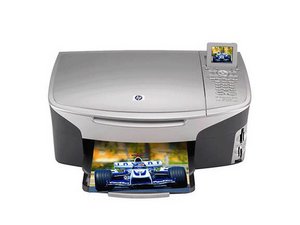 The HP PSC 2410 All-In-One is just that – it is a fax machine, scanner, printer, and copier. It was released in August of 2003 by Hewlett Packard.

How do I replace the black ink cartridge plastic cover that has broken?

If you really want to fix this, you usually need to find a donor. Printers do not make sense to repair in many scenarios, so parts tend to be scarce or expensive if not both.

What you usually end up finding out in the attempt to repair printers inadvertently is even the donors tend to cost as much as a new model with ink that’s reasonable and doesn’t run out every 5 minutes, or at least a used commercial SMB laser can be had for similar money as the part and you’ll be way happier with it.