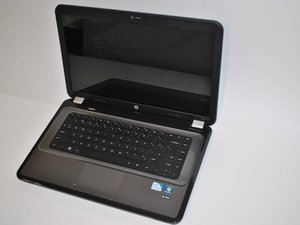 Introduced in 2011; identified by the serial number 1d16dx.

multiple software problems with my computer

anyway the problem is: i am unable to download anything from the internet, when i do, i get a pop up that says: a device attached to the system is not functioning, so after doing some research into this, this error has something to do with connectiong iphones to windows 10, HOWEVER this error comes up even with nothing attached and it prevents me from downloading anything whatsoever. i also cannot open command prompt as administrator or use the search bar besides the windows icon…i also cant use my hirens boot disc with this machine either as it ignores it and goes straight to normal boot even when i select boot from cd as the top priority in the bios, i also reset the whole thing once, wiped everything but the same problems remained.

ok so an update: i have tried running the system test from the bios or whichever thing it is by pressing esc repeatedly as its starting up, which brings me to the following menu where i have these options:

so then i go into the system diagnostics which brings me to this:

so i run the memory test, that takes about 10 minutes, it comes up: passed

i run the hard drive test: the SMART check comes up as passed pretty quickly then comes the long DST which takes close to 4 hours it too comes up: passed and those are the only options i seem to have for testing any sort of hardware, i did indeed manage to eventually get the hirens boot disc to boot by turning off uefi and turning on legacy and going through the advaced start options but it lies and says its not possible the first time but succeeds the second time, i load up the mini xp and play around with some of the programs there such as the various anti malware/anti virus applications but im honestly not sure if theres anything useful at all on the disc

it seems that i can indeed finally access the device manager and msconfig in safe mode which i do and i find that the following things have exclamation marks beside them/need drivers or whatever:

and thats it. so i disabled all of the problem ones and tried rebooting it into normal mode, still the whole pop up thing and not being able to do much so i go back into safe mode this time not just disabling but also uninstalling a couple of them, so i pick the unknown device and the microphone just as an extra test, and i find still the same problems but not only that, when i go back in safe, i find that both the unknown device and the microphone have reinstalled themselves and are back to their exclamation mark state with the rest still being disabled…how is that possible?

i can run virus scans with windows defender or whatever it is just fine in normal mode and everything comes up clean but when i try to go through the same process in safe mode i get: windows security, security at a glance see whats up with the health of your device and take any actions needed….and thats it. the rest of that screen which should be full of content is just a blank white and when you click the 3 lines under the back arrow a side menu pops out, it too is blank white theres also the settings cog which when clicked comes up normal but there doesnt seem to be anything helpful there

one funny thing is: i have had absolutely no problems ever downloading firefox browser and using it either inside or outside of safe mode.

i have also downloaded the following things but cannot get them to run inside or outside of safe mode:

HPSupportSolutionsFramework-12.19.48.1 (to try and get new drivers downloaded)

so not really sure where to go next with all of this, apart from knowing about the final solution of getting an ssd and installing linux on it and just ripping out the hardrive if all else fails

We need to narrow down the cause of the problem. Below is a start to doing this.

Go into Device Manager by pressing the Windows Logo + X key combination on the keyboard and, from the list, click to select Device Manager.

Look for a yellow triangle containing an exclamation point over a device’s icon which indicates devices that aren’t working properly — possibly because of problems with their drivers.

This site may help:

Update the BIOS, if not already updated.

I am 95% sure this all just a driver issue. The problems happen when they get corrupted and even after uninstalling there is still debris left.

From my experience, and needless to say I’m not perfect, the below choices are what have worked for me on many, many different systems of all ages. It still amazes me how rarely I have found actual hardware failures in over 35 years of experience.

Before I go on hirens boot disc is no comparisome to Sergei’s disk. Download it and with Rufus set it to boot on a USB flash drive. It does everything:

What I do, and I have done it many times is uninstall the drivers and then run programs like Ccleaner, Advanced System Care , etc. and DDU (Display Driver Uninstaller) for video card drivers:

Download, manually, the HP drivers from the HP support site into an HP driver folder. I always rename them for easy reference:

When done Reboot and run Driver Booster for the latest

Once I’ve done all this it is either fixed or just needs a little tinkering.

Sergei’s boots into W10 PE and finds drivers, generally automatically so then you can easily tell if all is basically working. Some of these driver issues can be buried kind of deep into the Windows OS.

@jayeff and I are very stubborn and don’t give up easily.

hi mike, when I try to do just that I get that bloody pop up again: "a device attached to the system is not functioning" and that just shuts me down from going further also I am unable to download anything from the internet whatsoever because of the same pop up that includes bios updates...apparently my current bios is: inside f.26 21/02/2013

hirens boot disc won't work if secure boot is on.

Have you run System Test?

* Hold the power button for at least five seconds to turn off the computer.

* Turn on the computer and immediately press Esc repeatedly, about once every second. When the menu appears, press the F2 key.

Does the pop up occur if you start in safe mode?

If possible perform a safe boot scan either using Microsoft Defender (if this is your AV) or your 3rd party AV program.

ok so ive tried to download that sergeis boot program you mentioned, which downloaded fine but its a .rar file so it will not show up in the rufus program (which i also downloaded) so then i researched how to convert a .rar to a bootable .iso and i downloaded the following programs: AnyToIso, express zip file compression, peazip, UltraISO, WinISO, Free ISO Creator, and ImgBurn i tried converting to an iso with all of those programs that i could (about 2 of them hit me with a paywall because of size limitations) i created various isos of it but non of them were bootable apparently for example when i try in rufus it says: this image is either non-bootable, or it uses a boot or compression method that is not supported by rufus and just for good measure i downloaded another program called balena etcher and when i try the same thing there it says: it looks like this is not a bootable image. the image does not appear to contain a partition table, and might not be recognized or bootable by your device