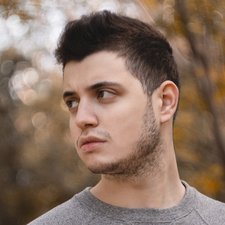 Hi, I have an iMac 5K 2017 and I wanted to clean the inside and replace the thermal paste to maximize thermal performance.

My concern is about the display adhesive. Most people who have done a repair like that don’t have problems based on the reviews of the adhesive parts on iFixit (although we don’t know after how many hours/days/months they wrote the reviews), but some users claim that their displays come off and break down due t poor adhesive bond.

For some that happened after 1-2 days of installation and for others after 6+ months.

You can see even this guy on the video below having that problem, ended up with a broken display.

Seeing all those comments and that video, I’m very scared about doing that repair, because then I will be anxious all the time if the display will break down the next minute…

What’s your opinion about all that?

I’ve done well over 30 systems now and I can tell you the issues come down to two!

People don’t clean the surfaces properly and/or use the wrong solvents so a film is left. You want to make sure the surfaces are fully clean with none of the old adhesive left. I use a two solvent solution I use goof off to clean the old stuff off where needed and then I use reagent grade isopropyl alcohol 85% or better to pull off the goof off and any other oils using lint free lab wipes.

You need to use a heat gun warm the case and glass surfaces to soften the adhesive so it makes better adhesion as well as apply pressure. You don’t need high heat, you want it warm to your touch and use a rubber roller to press the glass down along the edge (don’t over do the pressure as you can crack/chip the glass), This is what Apple uses! As you can see here: 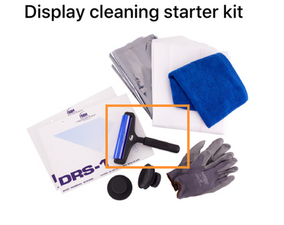 Are those cleaning parts available here on iFixit?

I get them from Grainger: