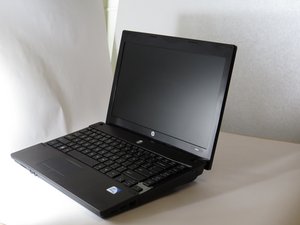 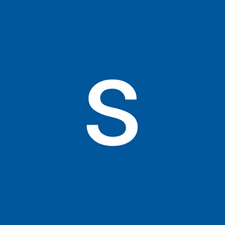 I am not sure of my model number but I was using my home WiFi on my HP laptop and then all of a sudden it got disconnected and now when I try to connect my home WiFi doesn’t even come in the network list.

The model number should be printed on the information label under the laptop.

Are there any other networks showing on the WiFi list?

If also not, try using the laptop as close as possible to your network router and see if it picks up the signal and can connect etc. By close I mean within 30cm ;-)

If it works OK then there may be an antenna problem in the laptop.

Post back with the model number as that will help to help you further.

Can you see your home WiFI from another device e.g. a mobile phone?

@jayeff Never seen an antenna issue unless someone who isn't capable serviced the assembly and purchased a used one without the antennas.

I was just thinking of a loose antenna connection given that it has worked and now it's not and the OP stated "was using my home WiFi on my HP laptop and then all of a sudden it got disconnected" and "WiFi doesn’t even come in the network list".

It would be unusual for a driver problem to occur mid-use, card problem perhaps yes.

@jayeff It sounded like you expected the physical antennas and not the connection - possibly. The connection is usually secure enough it's not a likely issue.

Unless we know the model number we can’t help with your specific model, but there are a few things you can try now if possible.

The first thing I would do in this case is try the drivers and see if that helps. Download them on another machine - or Ethernet and then remove and reinstall the driver. I would download it from the wireless card manufacturer and HP if possible, depending on if the card has drivers direct from the manufacturer - some of the Intel cards like the 6235 do not have drivers directly from Intel, but others like the 7260AC do for example. HP usually uses Intel in their higher end business laptops, so it may very well be Intel unless you bought one of the cheap configurations. Consumer machines (and some low end ProBooks) use Ralink (purchased for IP by an SoC manufacturer. Most cards are EOL and struggle in Windows 10) or Realtek (may find drivers on manufacturer website).

If that doesn’t work, you will need the service manual to find out which cards are on your WLAN WL since pre-2013 HP Business machines prior to the Haswell EliteBook series are infamously known for having a wireless card whitelist under the FCC excuse, when it’s really to protect HP’s parts sales. The issue is their Business BIOSes have been signed with a checksum for years and verified, but 2010+ is ALL RSA signed and the machines verify the RSA signature against the “validated” private key. It’s the reason I can’t modify the nc6000 BIOS to nuke the WL from orbit entirely, and you’re stuck dealing with this parts sales protecting whitelist :(. ALWAYS BUY A MID SPEC MODEL WITH HP BUSINESS to get the Intel wireless as an FYI - even Haswell EliteBooks just in case. This isn’t like a lower end Dell where it can come with a DW1506 (AR9485) or a BCM based card like the DW1501 (BCM4313). I can buy a NOS Intel 7260AC (or a used Intel 6235) and get better wireless with little trouble.

I’m not sure about the WWAN situation with HP on Haswell EliteBooks, but chances are it’s still there due to more real FCC issues and carrier demands for network security.