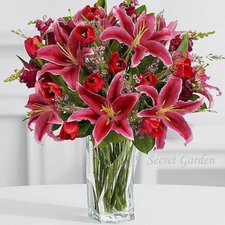 Hi, I have had a series 4 GPS since about March 2020 It's been working fine, but about mid August , it stopped connecting to the internet. I thought maybe unpairing and repairing it would fix it. I unpaired it and factory reset it, and went through that process. Once I finished doing that and got to the pairing screen, and I started to pair it again. On restore from backup, it would say preparing, and then load for about 2-5 mins, before I got a screen saying something along the lines of "Unpairing Apple Watch, this could take a few minutes." Once I let that load through, I tried to start as a new watch, and once I picked my wrist preference, it would load for about 2-5 mins, and it would do the same unpairing thing. Anyone know a fix?

its out of warranty

Your watch will only work via your iPhone (tethered) then your iPhone’s network connection is either via WiFi or cellular that’s if you have a phone carrier plan.

Are you able to manage your watch from your iPhone using the Watch app? If you can’t then you won’t be able to leverage any app that needs a internet connection like the stock market feed. Beyond that you don’t have a full web browser so many web sites won’t work on your watch if you launch a URL link.

I ask question for pairing issue after reset Watch

I can’t understand what you mentioned in answer

How able to manage watch without pairing?

@Rock STAR I was understanding your issue was "it stopped connecting to the internet. "

The restoring is from the iPhone's network connection if you have an iCloud account which you used as a backup.

So lets backup... Are you able to use your Apple watch at all?

While selecting backup also it was unpairing

So, your issue is not the watch or your phone as both are working correct?

Then it's the network connection is not stable! You'll need to find a better location either via the cell tower (getter closer sight line) or your WiFi AP and you may need to check on your routers internet connection.

If you continually have issues connecting the device to your phone, try this.

I had a similar issue with my apple watch. My issue was with an iphone 10 and an apple watch 3. My apple watch stopped charging on any charger I tried many solutions until I did a full reset. After that pairing became impossible just like you. It sounds eerily similar to your scenario. seems like the reset was the trigger for both of us.

I tried every solution just like you including different phones and nothing works. I think at this point its either the apple store or a new watch.