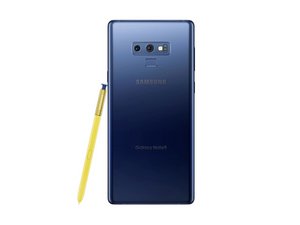 Samsung's flagship phone-with-stylus and the successor to the Note8, released August 2018. Features a 6.4" display and up to 512 GB of onboard storage.

Audio Problems. Which chip should I order.

So my audio seems dead.

If I try to record a video the app hangs.

If I try to play a game, or Netflix no audio.

But if I connect to a blue tooth speaker or even cast to my TV there is audio on both the blue tooth and the TV.

I used to be able to make phone calls from Samsung watch via blue tooth but now I cant.

The phone can make calls and I can answer calls but No audio.

Let me know what you think.

Also is there anyway to figure out why this IC fails. ?.

Maybe hooking my phone up to a cheap amp via the earphone jack did this.

Funny thing everything else works on the phone.

I did a hard re-set and I tried every trick or tip posted. But feels its a hardware problem.