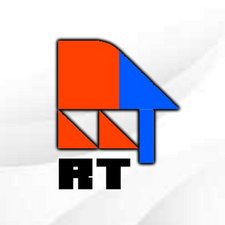 Why is my iPod Mini shuts off when disconnecting my cable?

Hello. Since I got an iPod Mini 2nd Gen (6GB) from eBay with 2 new batteries (both are tested) and it completely shuts off when disconnecting the cable. When I say that both batteries were tested, I mean that I switched the battery from iPod Classic 4th Gen (Monochrome) to a battery that is new from the iPod Mini and the extra as well. For a while charging the battery with the iPod Classic and plugging it back to the iPod Mini, it does turn on but it doesn’t want to charge with the new battery. When I’m not charging with the cable, it said that the battery is charged, even though it’s not connected with the cable & a power source. But when using both of the batteries to an iPod Classic, the battery does charge & doesn’t say that it’s already charged when it’s not plugged to a power source, it tells me how much battery has left & it doesn’t said that on my iPod Mini, only said “Charged” even though it’s not plugged in. Does anybody have this problem? If so or has answers, what does it mean & while I’m trying to fix it, what is the possibility to fix it? I’ll comment more questions when I’m on new problems or needed more help. -iPod Mini user

The batteries are not interchangeable. Buy a ney battery for the exact model and it should work fine.

What do you mean interchangeable? Do I have to buy a battery that is from an old iPod Mini or do I have to buy a new one from eBay since the batteries that I have are the exact size that would fit into the case.

You have to buy a battery for the specific model of ipod. You can't take a battery from a 5th generation ipod classic and stick in a ipod nano. It will not work correctly. Apple changes the connections each model.

I got 2 batteries & the problem is that both of the batteries (same model from iPod Mini) are not charging. The weird thing is that when switching the iPod Mini battery to the iPod Classic 4th Gen, it works fine & it even charges the battery. This doesn’t work on my iPod Mini. Do you know what this means?

I would go to demigods.com and order the correct battery for your ipod. They have every part you will need for ipods.