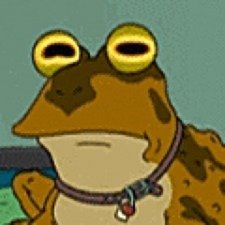 So, my iPad 5 has had an unhappy life lately.

After failing to defy gravity and certain laws of motion and inertia, it acquired a slightly bent lower right corner, with the bend starting just around the point where the touchscreen wiring goes in, and a cracked lcd. It also bent outward slightly at the weak point, a millimeter or so.

The lcd still lit up along the cracks, so I knew it was working. I checked the appropriate guides here on iFixit, familiarized myself, bought replacements for the lcd, touchscreen and home button, along with repair tools and such as identified here on iFixit, found a pretty good vid on YouTube to supplement the instructions here, and managed to repair it - mostly.

So, I tracked down info on how best to straighten it out. Disconnected the screen and lcd, unbent it as best I could, re-attached everything. Now the touchscreen became semi-responsive - it would either not detect me entering the passcode or just filled it out, got wrong numbers, and played the waiting game before trying again.

So, obviously something in the touchscreen setup was screwy, and I assumed it was damage in the wiring or screen itself. Mainly because if it wasn’t, there probably wouldn’t be anything I could do about it.

Got myself another touchscreen, shut it off, cleared out the excess adhesive, disconnected the lcd and touchscreen, did a bit more unbending on the case. May have accidentally hit the power button momentarily a couple times in the process, but don’t think that was significant.

Got the new touchscreen, carefully attached everything again, and now I get no response from it. Not a bleep, not a bit of lighting, doesn’t show up on my network like it would before, even when just started but not logged in.

Btw, both times I made sure to do the bit where you interrupt power connections with a couple of guitar picks to prevent shorts.

So, any thoughts on what the story might be? Might this little item still be salvageable without a whole new logic board? And is there any way to tell?

== hello i finished reading your story, you might have broken the logic board or you could not properly install the replaement lcd, just before you straighten the bended part of your device you must remove all its parts. You can find guidelines on Ifixit ==