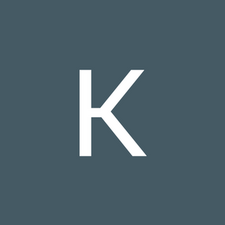 How do I activate my iPhone

The iPhone had an Apple ID that was blocked so we couldn’t sign out and the owner of the Apple ID couldn’t remember the answers to security questions. So we tried 4ukey, which removed (?) the Apple ID, so we logged in to a new Apple ID.

The iPhone couldn’t detect a sim and was always on “Searching”, so we decided to update the iOS through OTA. We downloaded the file but it will give an error saying unable to install update.

So we erased the phone and set it back to factory settings. We got stuck at the setup screen where it will not activate iPhone after the join WiFi screen.

I then restored the iPhone to iOS 12.4 via 3utools, since iTunes was gave an error 3630 (which I later found it to be “failed to copy preflight options”.). The issue persisted and now, it’s still stuck at the the “Unable to Activate” screen but now it says “No Service” with a warning sign by it instead of “searching”.

Connecting to iTunes, it gives “The iPhone ‘iPhone’ could not be activated because the activation information could not be obtained from the device”

On the Device information (using 3utools), it says “Unable to Read Data” for both IMEI, Baseband Version and Primary Number and Brickstate is set to True.

I saw someone say that without IMEI, you cannot activate the iPhone. Is there a way around this? 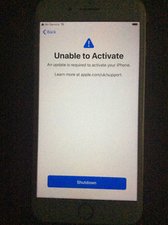 any help will be appreciated.

That is Hardware Issues.Apple with the IOS update makes that to activate the iPhone IMEI,Serial,WI-FI,Bluetooth needs to be match.So,on old IOS that problem is shown as error -1 now shows Unable to active.This fault was not solve by software that is the hardware related faults.

The baseband data is not present on the phone that the phone don`t have IMEI number check it out first.On the other hand if the fault was from BBCPU that can`t be solved but if it was from BBpmu that can be fixed.It needs hardware skills.If you have hardware skills that videos makes to solve that issues.

my iphone 7plus is baypassed i restore this imei number

If you still can't activate, here's how to activate your iPhone through iTunes instead:

I’ve tried most of this. I didn’t encounter the others. Thanks for the reply

It not let me connect wifi

how to unlock my ipad