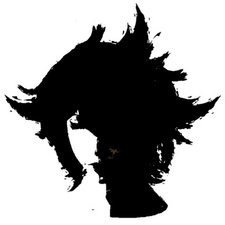 What happens if I disconnected the battery before powering off?

My display was already shattered and 99.8% of the screen was filled with black blotches even then it still had touch capability and the tiny corner that had alive pixels. So I powered it off with the “volume up, down, then hold sleep/awake, and slide“. -it powered off, then a bit later I finally got the display off the iPhone X. Being careful I held the device with the ribbon cables that were still connected, at the same time hoping that I didn’t mess or cut or damage ribbon cables to the display.

The tiny corner where the pixels were still alive and they lit up. “Phew..! It’s alive..“ Then moments later I did the “volume up, down, then hold sleep/awake, and slide“ I realized then that the touch capability was completely gone when I was prying to open and cut through the seal to the display. I was unable to do the last step, the slide to power off.

The only way in my mind was to carefully disconnect the battery. I did so. I really hope I didn’t mess anything up as this was my first iPhone X, and first time opening it.

(I also had the lighting cable plugged into an outlet and into the phone when I did the disconnect. Eek..)