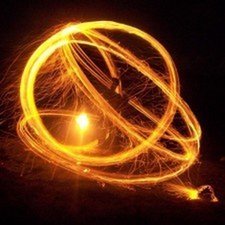 iPhone Bootlooping while only when earpiece is plugged in

Hi, I’ve been doing repairs on phones and tablets for a while now (mainly screen replacements and such) but this is my personal device.

So I dropped my iPhone X in the sink. No big deal, I’ve done it a few times before and nothing has come of it. It’s IP67 rating, so it should’ve been fine. I understand now that the gasket wears out over time, but hindsight is 20/20.

A little while after I dried my iPhone off (it was still working perfectly), I put it in my pocket and forgot about it for a few hours. I take it out of my pocket to find that it was bootlooping.

I’ve looked all over online to see what the cause of this was, and I decided to open up my iPhone. The insides looked fine. There was a little condensation on the rear camera glass, but nothing major. I decide to try to boot the phone without the earpiece assembly plugged in, and it worked!

Great, I thought. I’ll just replace the assembly and all should be well. Then I look up how much it is, and see a note at the bottom of the page.

“The Earpiece Speaker and Sensor Assembly is paired to the logic board in an iPhone X. This assembly contains the flood illuminator, which is part of the Face ID security feature. Replacing this assembly will not restore Face ID functions. “

Now I feel like garbage. This is my personal phone, I’ve only had it for about a year, and my dreams of just replacing a part to get it like new again is gone.

Now for the questions. I understand that the earpiece assembly is paired to the logic board. Is there any way whatsoever to spoof the pairing of the two?

I didn’t find any visible damage on the assembly itself, not even the ribbon cable. But the connector on the logic board looks like it has a few dark spots on the top right few pins. Is there any way of cleaning the logic board up and possibly getting it to work?

Should I just cut my losses, lose face id, and just replace the assembly?

Should I just take the assembly out and lose the ability to use the speaker and have the iPhone adjust brightness levels automatically? Also along with face id?

In other words, I’m just looking for suggestions on what to do. Any help would be greatly appreciated.

If you have not taken your device to Apple yet I would try and clean up the connector with some isopropyl alcohol and a new toothbrush. Use a hair dryer or a heat gun if you have one one low heat just enough to evaporate the alcohol.

I did try this, it cleaned up well, but I was still having the same issue. Ended up removing all of the glue/sealant in order to make it easier to open my phone when I had to do an update. Eventually, I ended up with the green lines on the edge of my screen (meaning I cracked the OLED slightly) and ended up getting a new phone.

In this case I would go to apple, it’s definitely worth it.

What did you decided to do with your phone? I’m in the same position as you are now. I’ve read something about transfering the flex cable between the two modules to maintain FaceID functions.

I ended up dealing with it until I got a new phone to be honest. I tried the toothbrush trick, and it didn’t work.

Am having the same problem … any solution ? Transferring the flex cable to à new speaker possible ?