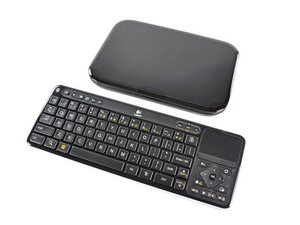 Now during the power up it stops and there is message on the screen of TV :

I did some troubleshooting:

I know that Logitech does not support this device any more, but may be some fix or update is possible, please advice

BTW I’m a career IT guy. I KNOW a few tricks to get a device up and online. I tried wired and wireless (of course). I connected to the lan port on my router. I bypassed my router and plugged directly into my cable modem. Many power cycles later, still no connection. I tried dhcp (dynamic IP) and static IP addressing. I set a dhcp reservation on my router for the wired MAC and wireless MAC address. Multiple locations attempted and brand new Ethernet cables used. No luck. It wasn’t from a lack of trying though.

So now for the good news. I finally found a way to update via usb flash drive. The hard part was tracking down the update file. So many file repositories repeatedly linked to on many old forum posts are dead/deleted. Anyway, I found the most recommended manual upgrade file version and the actual file on a google+ guy’s lil g+ blog site. As soon as I get home, I’ll give it a shot, and I’ll let you know the results. If you’re still interested in getting your Revue up and running, I’ll be happy to help out provided I’m successful in updating.

Did you ever get it to work? Mine is stuck and I am not an IT guy. So any help you might provide, will be welcome.

i did factore reset and now keeps tell me a problem occur with internet? can you do something for me

Hello I have a problem with this equipment I bought it recently I am from Latin America when I am doing the steps for activation it stays in step number 8 after entering the email it accepts everything and then it asks me to accept the policies I give it to accept and he tells me that he has no connection supposedly someone happened that and how do I solve it.