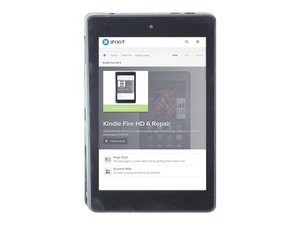 Where is the LCD connection inside the kindle Fire 6HD?

Hello, I replaced the screens on two Fire HD6’s on the first with the badly shattered screen I managed to break one of the zero force connectors (my bad). On the second I did every thing according to plan and I can hear that it is turning on as messages ping in but the screen will not light up to touch or to turn on. I have reassembled this little beast three times to no avail…what might the problem be. It was working just find prior to my replacing the cracked screen (which was accomplished with no problem or unusual force being used). I was extra careful to make sure the zero force connections were done properly as well. Thanks

I have found a teardown that should show where the screen connectors are. Hope this helps!