The PlayStation 3 Slim is the second version of the PS3 video game console produced by Sony Computer Entertainment. It was released September 1, 2009. 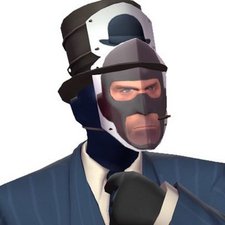 PS3 slim turns on for a few seconds but then shuts off, no red light

I’d first want to start out my situation with an intro to the problem itself. So, i’ve used the PS3 slim for quite some time now. Since i first had it on Christmas 2011, i’ve always loved the machine so much. But about say 5-6 years later, it’s been now sitting on my desk, collecting dust. So then i wanted to try it out again if it worked again, and it did…for a bit, after loading up the game, the games loading screen came on, but then, the PS3 made from what seemed like a bad noise, like if i disconnected the power cord while the game was loading(which i didn’t do) but it made that exact noise when the game was loading. When i checked what happened, the red light on the console wasn’t on. I disconnected the power cable and plugged it back in, and alas, the red light was back on, but when powering on the console again, it just turns on for about more than 5 seconds or so, and then it makes the same electrical sound i just described up above. And even at times the PS3 wont shut off for more than 5 seconds, it just turns on perfectly but then its just stuck at the data corruption screen, but the text isn’t there, and i cant do anything else, other than holding down the power button for 10 seconds then power it off. AND THE RED LIGHT IS ON INSTEAD OF BEING ON THE CONSOLE CASE..so..what cab i do now?? i really need help. I will accept any helpful advise that will make my PS3 work the way it should work.

P.S: i will not accept any bad or un-helpful or mean comments mentioning ‘LOL GET RKTK SRUB” or “GET GUD I HAVE A PS4 PRO” or anything else…

Have you tried another outlet? Sounds like it’s not getting enough power draw from whatever it’s plugged into, if it’s into a strip see about minimizing the number of devices that have heavy draw plugged into the same strip.

No, its not because of the outlet. I've been using the same outlet for a while now, and it has worked spectacularly. I was starting to think it was either a blow capacitor or my power supply failing on me..or because of the thermal past wearing out. I honestly have no idea what it is because i haven't opened up the entire console yet. But im suspecting it's either of the three options i listed above,i don't know fully but it's maybe either one

You may be able to set it up with a pc power supply to test whether it's a psu failure. There's plenty of tutorials on doing it. https://www.youtube.com/watch?v=kcliU79b...

It’s a great recommendation but..I really don’t wanna strip out any of my parts really..like just today I placed a bit of pressure on the PS3 Slim’s case..and it stayed on..with out any ways of the PS3 turning off...any..other recommendations?

By pressure, where abouts were you placing the pressure? If it was around the power cable port, you may have a loose solder connection on your PSU board. If that's the case, you could reflow your solder and seat it again. Or find a replacement PSU for the slim. A loose power connection is a risk, shorting out the rest of the system or potentially causing a fire are real concerns when it comes to electrical connections.

i was placing the pressure on the top of the PS3 case, without the case removed..i havent tested it fully yet, but im thinking thats where my problem may be.

This may be because of how long you have had the console for, if it has been used since 2010 or 2011 the system may be dying because of how much it was used so it may soon go completely dead but that is only my opinion so my awnser is that it might be almost done for

The optical drive or HDD may be malfunctioning or working loudly, is my best guess at the problem.

Sounds like you need to rebuild your database….if you know how to access the boot menu (from off position hold the power button on until you hear the beeps count 1…..then 2 beeps…keep holding then your boot menu should pop up) if it dont beep turn off and try again just get the beeps to count 1 then 2 then the menu…..once you access the boot screen scroll down to rebuild data base….it should work if not…try replacing your hdmi cord with a new one and a power cord sometimes it can trigger an instant shut down but that's not always the case but give it a try and get back to me….happy gaming