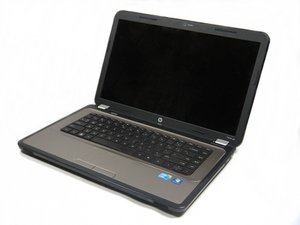 I have the problem with my laptop, the screen is blank, caps lock lamp is blinking twice and WIFI lamp is red. How to solve this problem?

You may need to take it to a shop. The reason I say that is because it will take a bit of work to figure out what is going on.

If you have a second computer, this is what I would try.

first making sure the laptop is charged or plugged in. Swap the hard drive of the two computers (you might run into an issue if using windows 10 operating system, as it user your setup as a windows key subsitute)

by swapping the two, and turning both on, you may be able to pin ponit the issue.

if the laptop turns on, but not the other computer, you at least know the laptop motherboard is good but that something either happened to you hard drive or your operating system.

if the other computer turns on (log in) your hard drive is good and your data is safe, but if the laptop failed to turn on, than it could be possible that the BIOS or UEFI lost power and forgot the firmware settings. With a laptop I don't know if you can repair the firmware with a USB stick with the right copy of the new firmware, or if there is some other trick.

In any case, if you don't have a second computer, that is why you want to send it to a shop for fixing, if not at the very least, pin point if it is the motherboard or the hard drive that is the issue.

after that you learn you either need to have your computer's motherboard inspected, or something to do with a new hard drive.

Problem is that the screen fluctuating, when I pressing on screen it's be OK what will I do please suggest me...