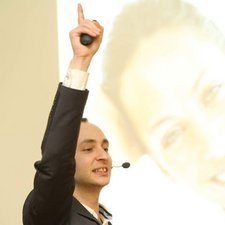 My iCloud was hacked and macbook locked. So I sent it to apple service to unlock EFI. After they sent me macbook back, problems started with dead battery and kernel_task bumped up to 500-600%. I asked Apple service what this could be and they claimed it must be logic board beside the battery (shouldnt they test comouter after they unlocked EFI?). I also asked them if we can just test new battery and they declined me for testing and that I should buy it first. I told myself, !&&* I wont paying half price of new macbook for logic board, so I installed windows that had no issue to run as it must. Then 3 days ago I decided to buy new battery as I missed OSX alot. Didn't went for original battery from apple service (200€), but I ordered one from 3rd party sellers.

Battery installed, but here are the simptoms:

- battery indicator does have function at all

- if I remove charging cable when macbook is ON, it works for a while and then goes in some kind of deep sleep

- if I shut down macbook, remove charging cable from it, I cant turn it on (obviously, but strange due previous step)

There is one thing I found out, but I don't know if this have something here:

So, is it because of lower Wh on new battery that macbook doesn't recognize it? Or its still caused by logic board or some other part?